There are more questions than answers about NASCAR pursuing a possible sale, but Kevin Harvick believes there could be “some real opportunities” should it actually take place. 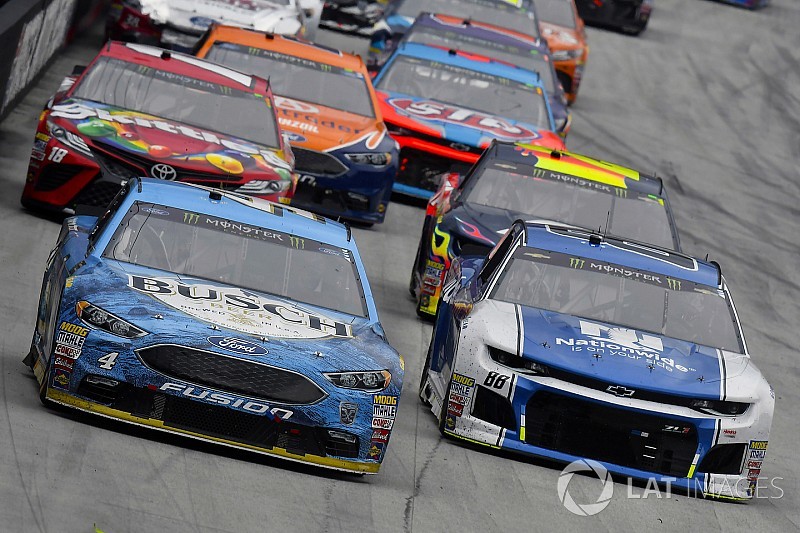 Fresh off his fourth Monster Energy NASCAR Cup Series victory of the season, Harvick offered his thoughts about a report this week that NASCAR is exploring options of a possible sale.

Reuters first reported on Monday that NASCAR had obtained the services of Goldman Sachs Group Inc., to seek out potential buyers. NASCAR has offered no comment on the report.

“If I was looking at NASCAR and I said, 'Alright, I want to own this business, and what would I do to it?' Harvick said Tuesday night on his SiriusXM NASCAR Radio show, “Happy Hours.”

“I think the first thing I would say is there might be a possibility for some downsizing and efficiency that could be put into place to save some overhead and really kind of refine everything and hone in on certain things so that you can make those things great.”

Asked by host Matt Yocum if he were going to purchase NASCAR, what would he need to make it a viable deal, Harvick said:

“That’s the hard part about speculating on stuff like this, is what comes with it? How far does it go? Does it come with some of their race track ownership? Is it something to a private equity group that comes in and buys it and does like they did with F1 and looks to just kind of change the way it's marketed and change the way that it's structured?

“I think that would be a viable opportunity here, just from the things that we do. Is it somebody that comes in and says, ‘OK, we’re going to structure it like an actual league where everybody's kind of sharing in the TV revenue more evenly and to help the teams get where they need to be from a TV revenue standpoint so that they're not so dependent on sponsors. So that these team owners can have real franchises that are worth value that other people want to come in to buy.’

“So, I think there's some real opportunities that you could talk about, but we just don't know about the 100 percent structure.”

ISC, headquartered in Daytona Beach, Fla., like NASCAR, is operated in part by members of the France family – Jim France is chairman of the board while Lesa France Kennedy is CEO.

Last month, NASCAR announced it was purchasing the ARCA Racing Series in a deal that would be completed by 2020.