Kevin Harvick: "We gave ourselves an opportunity" for a win 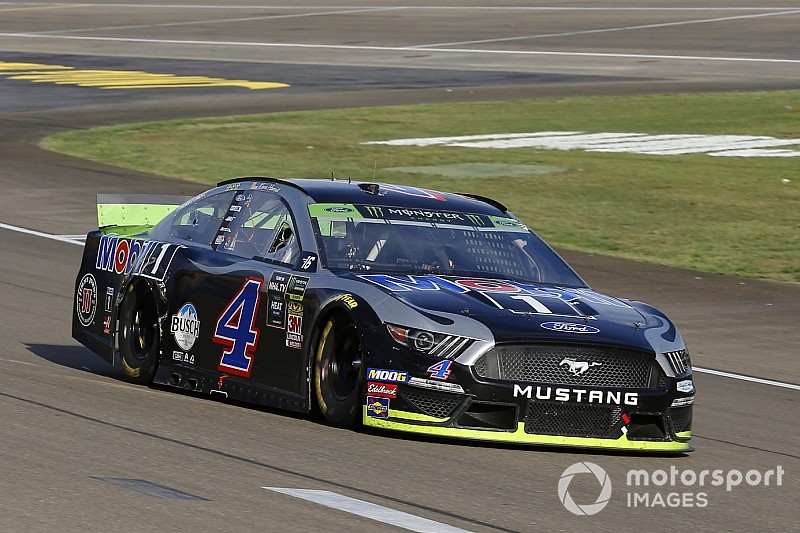 Kevin Harvick didn’t come away with a win in the 2019 NASCAR Cup Series playoff opener but something almost as good - speed.

Harvick was passed by Martin Truex Jr. with 20 of 267 laps remaining in Sunday’s South Point 400 at Las Vegas Motor Speedway and without the benefit of a caution, Truex’s gap only grew larger with each passing lap.

“I was having trouble with the front turning and the back sliding. We were lacking overall grip and Martin was able to catch us on that next to last run at the end of the run and I needed a restart,” Harvick said after the race.

“I needed the rubber to be picked up and be able to run flat out for 10 laps to build that lead (again) and I was just never able to do that.”

Still, the second-place finish to open the first round of the playoffs left Harvick feeling pretty good about the status of his No. 4 Stewart-Haas Racing team.

“We really had okay speed at the first race (in March), but I still felt like the Gibbs cars were better than us,” he said. “So, we did some things this weekend that we probably will have to undo going forward.

“I think we can do a little bit better going forward.”

Harvick with a comfortable margin

Harvick is now second in the playoff standings after the first race, with a 52-point cushion over the cutoff line. The four drivers lowest in points without a win are eliminated from further title contention after Charlotte Roval race in two weeks.

Asked to sum up his race, Harvick said: “It was good. We had two solid stages and with the way that practice went for us, that was a miracle.

“To be in contention with a chance to win the race with 25 laps to go says a lot about the guys working on this No. 4 car and everybody did a great job of making something out of what wasn’t very bright for us on Friday.”

Harvick has now finished seventh or better in seven of the last eight races, including all three of his victories this year.

“We gave ourselves an opportunity,” Harvick said. “I knew the Gibbs cars would be tough. Martin was just so much better on the second half of the run.

“He made up that ground there, was able to stay close enough to us.  My car started to get loose and push the front. It was just in kind of a four-wheel drift.”