There have been no lack of declarations that the best days of Harvick’s Cup Series career were over while he was amassing a 65-race winless streak over the last two years.

Yet in the span of eight days, Harvick has done what he has countless times before – emphatically proved his doubters wrong and loved every minute of it.

Not only did Harvick end his winless streak and qualify for the playoffs with his victory last weekend at Michigan, but on Sunday he added another at Richmond for good measure.

Sunday’s win is the 60th of his career – making him one of just 10 drivers in series history to hit that mark.

Talk of retirement has suddenly turned to a second career Cup title for the native of Bakersfield, Calif.

“A lot of the guys that I grew up racing with, they’re all retired and doing other things, but I get to still see them,” Harvick said. “It’s those quiet high-fives that are a lot of fun and kind of keep it in perspective for me because of the fact that you’re older and supposed to be done and kind of headed down a path that is toward the end.

“I don’t know how to really put it all into perspective because it’s just not something that I just stop and really ever look at. I never really stop and say, ‘Where are all those 60 wins?’ ” 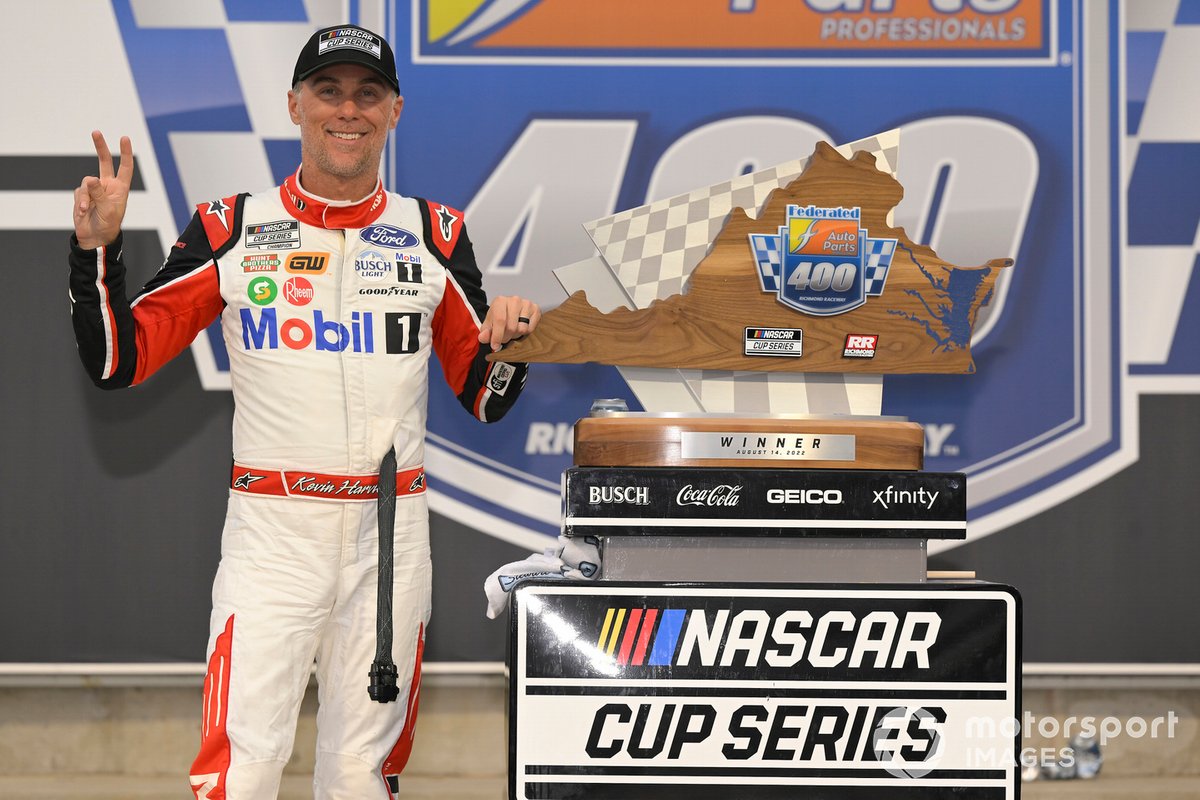 There will be plenty of time for Harvick to reminisce, particularly as he is a lock as a first-ballot Hall of Famer when he does stop racing.

But why look back now when you still have plenty of opportunities ahead to win? It’s difficult to reflect on a career when you’re still in the process of adding milestones.

“You can look at all that stuff when it’s over, and if you gave it all you had, hopefully you can be successful,” Harvick said. “We have a group of people that have a lot in common on our team, very similar in age, a lot of them have kids, and for whatever reason, that has all meshed.

“It’s just this constant communication and we don’t ever talk about how cool it was two wins ago. We’ll talk about how great it was to win this week and then it’ll be, ‘All right, see you Wednesday.’

“Maybe sometimes I need to just stop and kind of take it all in, but I don't know, I always feel like it’s bragging when you stop and talk about yourself. The perspective of what has happened is really not something that I stop and say, ‘That was pretty cool.’

“I thought it was cool that I could put my little girl in the car last week and we could do stuff like that. Those are the things that I think are neat right now.”