Keselowski settles for second after dominating run in the Poconos 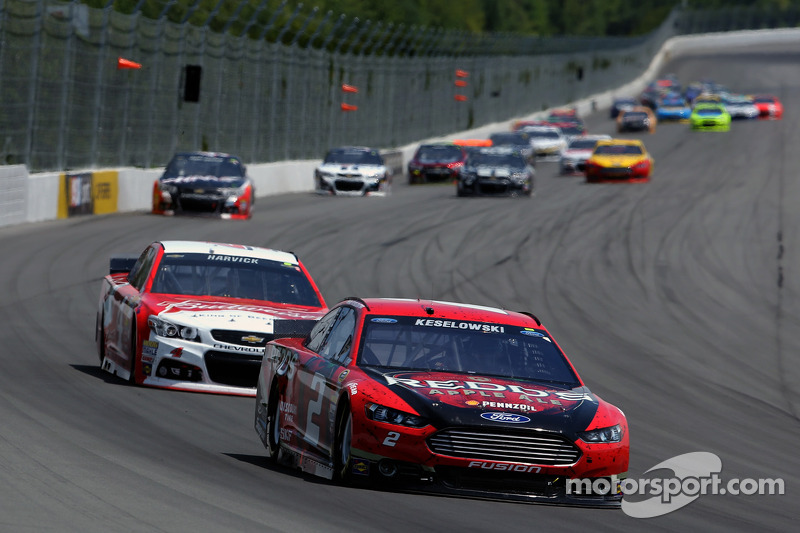 Dale Earnhardt Jr. capitalizes on the misfortunes of Keselowski

For Brad Keselowski and Dale Earnhardt Jr., the Pocono 400 became a game of high-speed chicken over the final 15 laps.

Both drivers had debris on their grilles which caused both engines to begin overheating.

With six laps remaining, Keselowski assumed he had enough of a lead to slide behind Danica Patrick to ease the wrapper from his car’s nose. As he did, however, Earnhardt passed him for the lead – and the win. 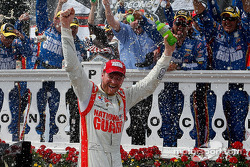 “We were both going to chug along there and see who made it,” said Earnhardt, who led 11 laps for his first wins at Pocono, his second victory of the season and the first time the driver has posted multiple victories in one year since 2004.

Keselowski took the same strategy. Although his crew chief Paul Wolfe asked repeatedly whether the No. 2 Team Penske Ford was overheating after observing trash on the grille, Keselowski said over the radio, “Really, really hot. Either it makes it or it don’t.”

Although Keselowski hoped to regain the point – after leading 95 laps – Earnhardt crossed the finish line 0.439-seconds ahead of him. Earnhardt said of his friend, "It must have been a tough choice for him...he had it won."

“I don’t know if his motor was going to make it,” Earnhardt said. “That is unfortunate for him. He had me beat I couldn’t get to him. Just real hard to pass here. But I have lost some in some strange ways so it feels good to win one like that.

“My team, what a great bunch of guys. We always have to thank those guys, but man when I talk about my team I really mean it. These guys are a hell of a group, obviously Steve Letarte and everybody back home watching. I don’t have much to do tomorrow so tonight is going to be a long one.” 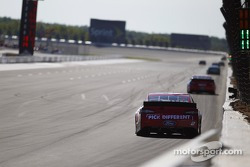 Although Keselowski was clearly disappointed, he was, “really proud of the speed we had today”. However, he knew the engine wasn’t “going to make it. It was already starting to (blow). It is just one of those deals.”

When asked whether he would have adopted a different approach if his team had not won yet this season, Keselowski replied honestly, “No.”

“I ran it like I would have ran it no matter what,” Keselowski said. “It was going to break and I thought I had a shot to clean it off and not lose time, and I misjudged it.”

Engine builder Doug Yates, who supplies power plants to Team Penske, said he will “have a better answer” as to what the potential life expectancy of the engine would’ve been after analyzing the data and the engine.

Still, with the power Keselowski exhibited on Sunday offers promise for next week’s race at his home track of Michigan Speedway – and beyond.

“The team did a heck of a job, I just messed up a little bit there,” Keselowski said. “We had a really, really good car. It was really a flawless day other than my mess-up there.”

Earnhardt Jr. wins for the second time in 2014