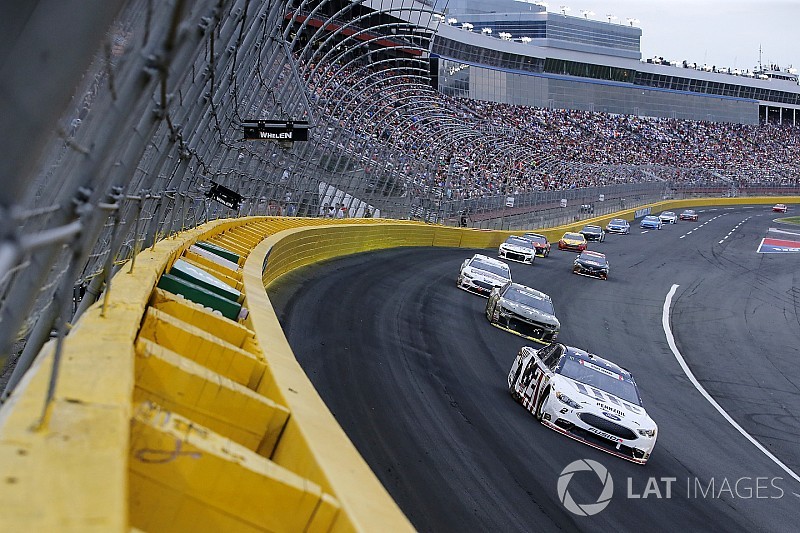 NASCAR's Gen-6 Cup cars use V8 engines, which Keselowski believes should be retained in order to avoid similar criticism to F1 use of V6 powerplants.

Keselowski adds that adopting a similar system to F1’s KERS – which harvests energy under braking to be re-deployed – would upgrade power to around 1000bhp.

In a blog post on his website, Keselowski says that the costs of hybrid technology are not an issue because “smaller teams are always going to struggle” and “We can’t let that get in the way of making the sport better.”

Keselowski believes safety standards would need to be “rigorous” in order to adapt to “extremely dangerous” batteries.

“There are a number of compelling reasons to go hybrid,” Keselowski said on his blog. “Manufacturers are spending money like crazy in Formula E because they all want their brands associated with electric vehicles.

“Contrast that with NASCAR, where manufacturers are trying to divest themselves from gas-only V8s and other impractical engines, which aren’t relevant to today’s technology.

“Our sport relies heavily on manufacturers to be successful. Without them, we can’t operate.

“I believe that hybrid vehicles are the future. If we switch to hybrids, we accomplish several things.

“First, we engage our manufacturers in a new way that has never been seen before. Right now, OEMs spend millions of dollars in racing and they develop a few parts, none of which are really mission-critical parts for them.

“Imagine if instead, we’re helping them develop this KERS-style hybrid technology. In that way, NASCAR would be more relevant to the car world than it’s ever been.”

How it could improve the on-track product

Keselowski outlined how it could improve racing.

“Let’s say a yellow comes out. According to our new parameters, all cars would switch to electric in their hybrid engines in order to save precious fuel,” he said.

“In that moment, the field would go silent, and wouldn’t be burning gas anymore. This would be great for our fans because it would bring down the wall of useless noise for a few minutes while we’re under caution.

“But the second the race goes green, the field — at least those cars in it that still have their KERS reserve power — is firing on both the electric and the gas-powered systems.

“They’re using the energy recovered during the race. For the next lap or two, until the electricity is used up, you’re watching the most powerful race cars ever going extremely fast.

“Or think about how race strategy would change as the KERS system recharged during a race, and you had that extra boost available to you at a critical point near the end, right when you needed to make a pass.

“You hit the button and boom, you’ve got that power. We’ve got a kind of finish that doesn’t exist in NASCAR today — or anywhere in motorsports, for that matter.”

Eye in the Sky: Jefferson Hodges steps into the spot(ter) light

NASCAR Roundtable: Will there be another first-time winner at Pocono?