Keselowski loses win but stays positive: "We’ve got a lot to be proud of" 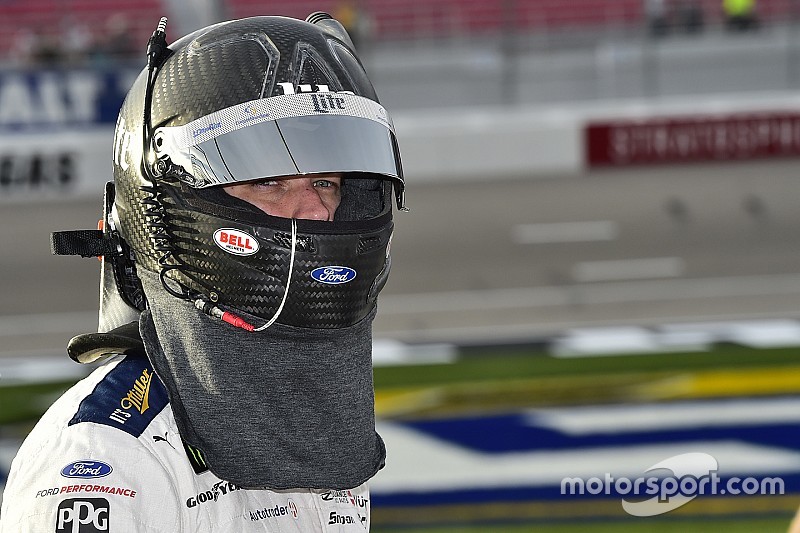 The stage had been set for yet another Las Vegas win for Brad Keselowski but it’s never over until it’s over.

With two of 267 laps remaining in Sunday’s Kobalt Tools 400, Keselowski appeared to have his second consecutive victory of the season – and third in the past four years at Las Vegas Motor Speedway – well in hand.

Suddenly, he experienced two very troubling problems for a race car driver – he lost his brakes and his car wouldn’t turn.

He immediately began to slow and drifted to the outside of the track, allowing Martin Truex Jr. to get by him for the victory. Keselowski nursed home his broken No. 2 Ford to a fifth-place finish.

Keselowski team did not have an initial diagnosis of what went wrong after the race.

“They’ll have to take it apart. At the end, we have to go to inspection and stuff, so we’re not allowed to look. I just know it was something major,” a disappointed Keselowski said on pit road.

“It wouldn’t turn and I lost brakes, so that’s a pretty good indicator, but that’s the way it goes. That’s racing and that’s why you watch until the end and you never know what’s going to happen.”

Keselowski led 89 laps – second-most in the race – and had run down Truex to take the lead with 23 laps remaining.

“It’s frustrating, but you put yourself in position to win and good things will happen. That happened to us last week and didn’t happen this week, so you just pick up the pieces and move on,” he said.

“Luckily, they’re really big pieces. We’ve got a lot to be proud of.”

Keselowski did receive one consolation prize – he now leads the Monster Energy NASCAR Cup Series points standings after three of 36 races and holds a one-point advantage over Kyle Larson.

“Yeah, you just try to make the most of what you can – every day, every second,” he said. “I was still trying to get the best finish I could and still lucky to come out with a top-five.”

Truex on Vegas victory: "I'm not sure we expected to win this soon"