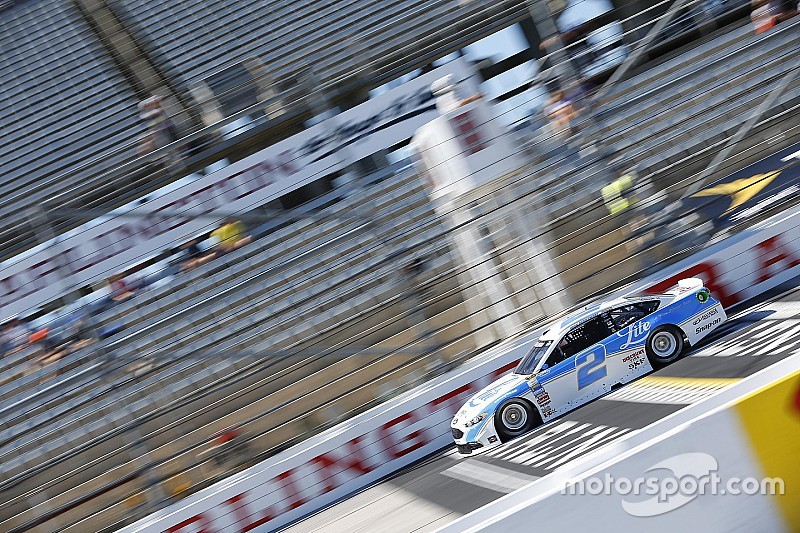 Brad Keselowski recovered from his Darlington stripe in the first practice to set the top speed in Happy Hour — 174.649mph.

Keselowski completed five runs for a total of 51 laps. The driver of the No. 2 Team Penske Ford, who started last year’s Southern 500 from the pole and finished second, is still looking for his first victory at Darlington Raceway.

"If anything, it felt looser," Kyle Busch after slapping the wall. His best lap was 29th on the speed chart.

Greg Biffle’s 170.536mph was the Best 10 Consecutive Lap Average. Biffle has two wins at the Lady in Black in 15 career starts.

Chase Elliott on missed win opportunity: "Your only option is to move on"