Keselowski fends off Elliott for Stage 1 win at Martinsville 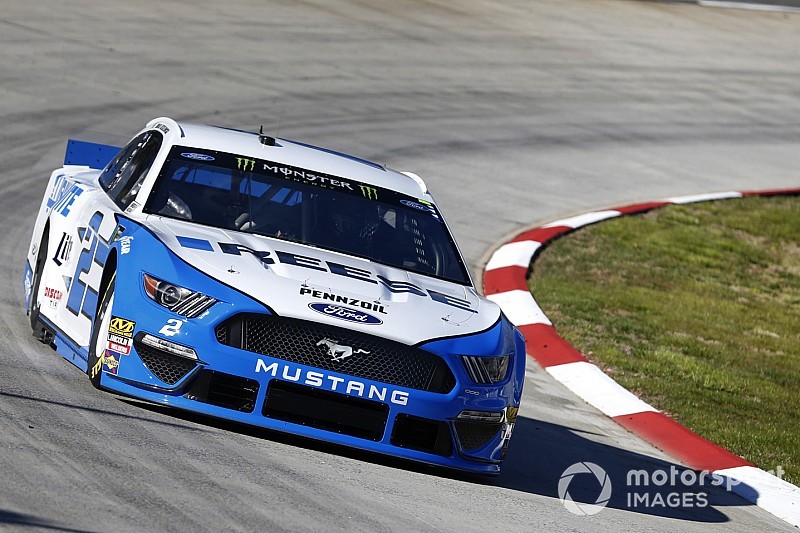 Keselowski dominated the first stage once he got the lead and managed to keep Elliott at bay while battling lapped traffic at the conclusion of the 130-lap stage.

Logano, the pole-winner, led the first five laps before Keselowski powered by Almirola and then Logano to take the lead on Lap 6.

After 20 laps, Keselowski continued to hold a small advantage over Hamlin with Elliott running in third.

With 100 laps remaining in the stage, Keselowski remained out front and Logano had dropped back to seventh.

On Lap 52, leader Keselowski sent William Byron a lap down. Byron had started from the rear after his No. 24 Chevrolet failed post-qualifying inspection Sunday morning.

Sixty laps into the first stage, Keselowski continued to hold more than a second lead over Hamlin with Elliott in third. They were followed by Almirola and Bowyer.

On Lap 64, Michael McDowell hit the wall off the exit of Turn 4 to bring out the first caution of the race.

Keselowski was the first off pit road and remained out front when the race returned to green on Lap 72. He was followed by Elliott, Hamlin, Almirola and Bowyer.

Ty Dillon was penalized for speeding on pit road and had restart the race from the rear of the field.

With 50 laps remaining in the first stage, Keselowski maintained a small lead over Elliott with Hamlin running in third. Almirola was fourth and Logano was running fifth.

With 35 laps to go in the stage, Elliott had cut Keselowski’s lead to under a second while Hamlin continued to run in third, more than two seconds behind the leader.

On Lap 112, Almirola moved up into the third position behind Keselowski and Elliott.

With 10 laps remaining in the stage, NASCAR was checking the frontstretch for debris as Keselowski continued to hold a small lead over Elliott.

On Lap 126, Austin Dillon got around Kevin Harvick to take the 10th position.

The cars of Jeb Burton, DJ Kennington and Byron all failed post-qualifying inspection Sunday morning and had to start the race from the rear of the field.

Off to his best start, Aric Almirola now ready to “challenge for wins”