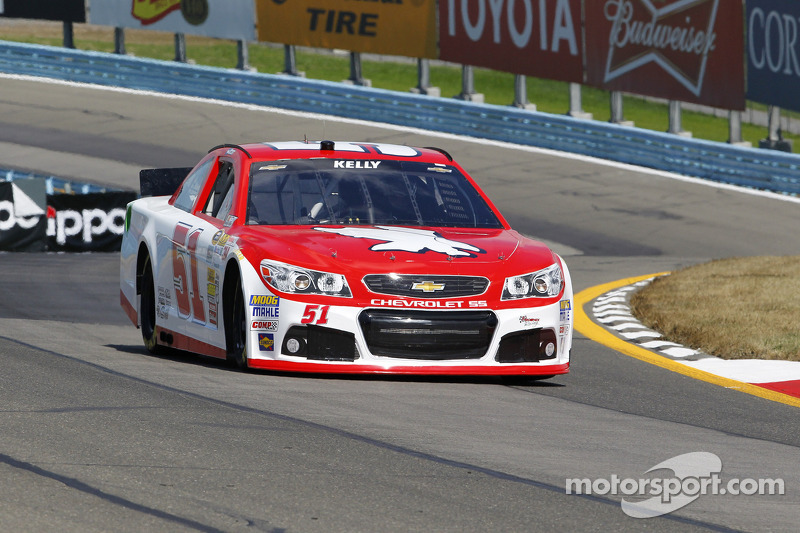 Owen Kelly was in the second group of eight that had five minutes against the clock to set the grid for tomorrow’s race.

Owen Kelly will make his NASCAR Sprint Cup debut at Watkins Glen from 23rd and the best of the non-regular drivers after qualifying for the Cheez-It 355.

Kelly was in the second group of eight that had five minutes against the clock to set the grid for tomorrow’s race. He was second fastest of his group. 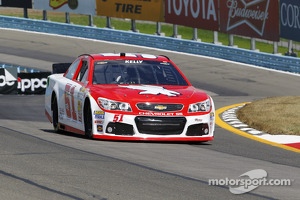 Despite having never driven a NASCAR Sprint Cup machine before yesterday, impressively, Kelly will start in front of many big names in the NASCAR world, including Dale Earnhardt Jr, Jeff Gordon and Danica Patrick.

His times are in a similar window to the cars from the same stable as the red and white #51 he is piloting.

All 22 in front of him are regular racers in the NASCAR Sprint Cup Championship.

An overnight setup change to loosen the handling on the #51 Phoenix Racing machine went a little too far and the 36-year-old from Devonport in Tasmania was unable to pick up the throttle exiting the turns as efficiently as he would have liked.

He is happy with his performance thus far and tomorrow will aim to settle into a rhythm early and let the team’s strategy play out as the 90-lap race unfolds.

Kelly lines up alongside Ron Fellows on the 12th row of the grid.

Owen Kelly - #51 Phoenix Racing - qualifying 23rd: “The car yesterday was a bit tight, so we made a change and the track had changed for qualifying, so we were a bit loose. This affected us being able to get back on the throttle early, which leads to a substantial difference in overall time.

“To be the first of the non-regular drivers in the most competitive field in the world, all in all I’m pretty happy. With the number of things I’ve had to learn this weekend - the NASCAR Sprint Cup cars, the track and those around me, I’m happy.

“We’re starting mid-field and there are some pretty big names behind me.”

The approach to the race from the mid-pack:

“All of the cars similar to mine were in a similar window to where I am so tomorrow, the aim will be to keep my nose clean early in the race and stay out of trouble.

“We need to get a good rhythm going, keep the guards on the thing and then get into our strategy.

"I also have to learn how the guys around me race, so we'll be keeping an eye on that as well as trying to get into our own race.

“I’m feeling very good about how we can go tomorrow, it will be a matter of getting away without trouble and letting the race come to us.”

Will Tony Stewart’s accident have a chilling effect on outside racing?

Kyle Busch succeeds at The Glen in dramatic finish