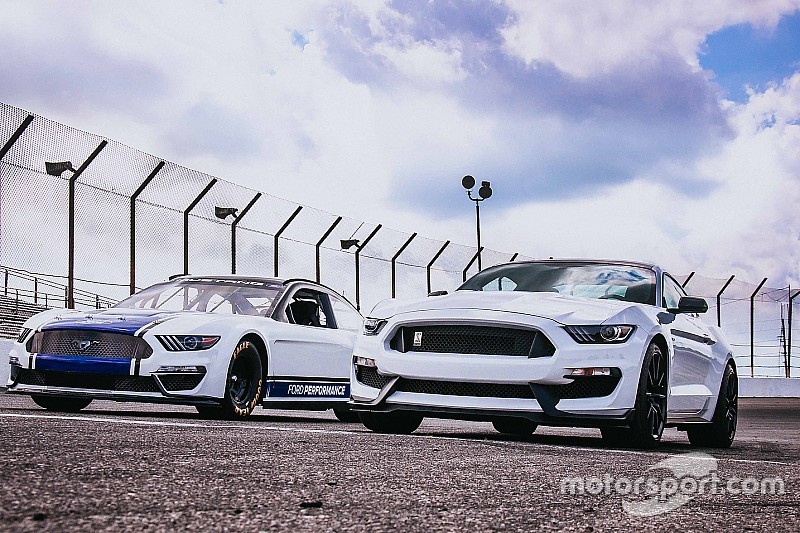 Ford won its first title since 2004 when Logano triumphed in his Penske-run Ford Fusion, but the championship came with the oldest car on the grid by some margin.

Chevrolet brought the Camaro in to series for 2018, using the loosening of rules regarding a car's body shape that meant it could run a muscle car rather than a saloon.

Ford is now doing the same by bringing the Mustang to the series, revealing the car earlier this year, and is reviving the Camaro vs Mustang battle that has taken place largely in the automotive industry.

In a demonstration alongside Formula Drift champion Vaughn Gittin Jr and his team-mate Chelsea Denofa, Logano put the Mustang through its paces at Charlotte's infield that played host to this year's debut Roval race.

“I had an incredible time drifting the 2019 NASCAR Mustang with Vaughn Gittin Jr," said Logano.

"The Ford Mustang is the best-selling sports coupe in the world, and I’m so excited to get to race it in the Cup series next year.

“This was a really fun way to be welcomed into the Mustang family.

"I’m looking forward to doing more Mustang burnouts and donuts on the way to victory lane next year.”

Gittin, who also drove a Mustang, added: “I have never seen a driver from another [racing] discipline take to drifting like Joey did.

"After a bit of instruction he was linking turns and I was comfortable to get super close."