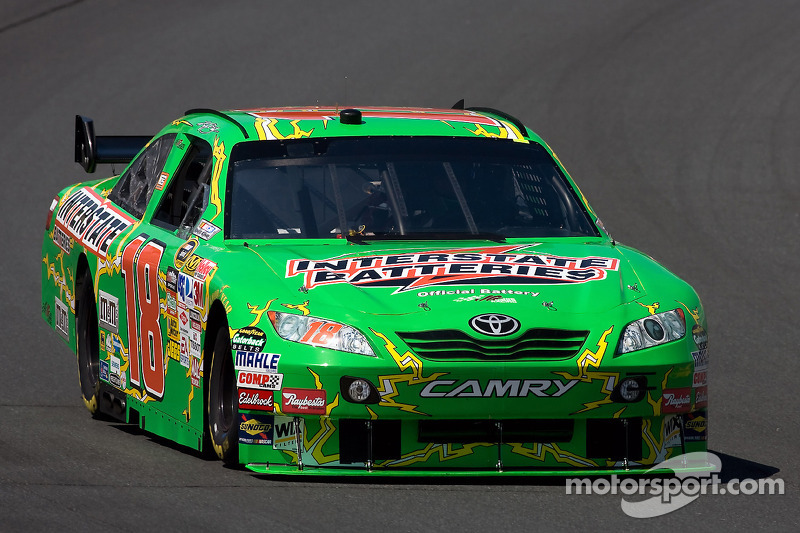 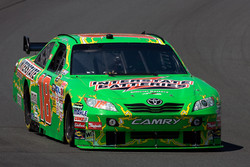 Joe Gibbs Racing (JGR) won its first NASCAR race in just its 31st attempt as Dale Jarrett held off the legendary Dale Earnhardt on Feb. 14, 1993 to win the 35th Daytona 500.

The victory came in the opening race of JGR’s sophomore season, and immediately legitimized the organization as an entity other NASCAR teams would have to contend with each and every time they unloaded at the racetrack.

While winning the biggest race of the year in just its second attempt looked “easy,” earning the No. 1 starting spot for any race was akin to climbing Mount Everest. It wasn’t until JGR’s fourth season and its 97th race that the flagship No. 18 Interstate Batteries car took the top spot in qualifying.

Jarrett, who had driven for JGR from 1992 through the 1994 season, had moved on to Robert Yates Racing in 1995, whereupon Bobby Labonte took over the famous green Interstate Batteries machine after spending the 1993 and 1994 seasons with Bill Davis Racing.

Which begs the question: What took so long?

Qualifying never was, and still isn’t, a large focus for our race team.

“Qualifying never was, and still isn’t, a large focus for our race team,” said Jimmy Makar, senior vice president of racing operations for JGR. “Good qualifying positions have been important, but not necessarily a pole. It’s important when it comes to picking pit positions or not having to come up through traffic at the start of the race, and we wanted starting spots near the front, but we never put a lot of emphasis on absolutely trying to win poles.”

The statistics most certainly back up Makar’s opinion.

In those attempts, JGR has won just 52 pole positions (4.6 percent), with half of them coming from Bobby Labonte.

“It just wasn’t that important to us,” reiterated Makar, who has helped JGR to all 89 of its Sprint Cup victories. “We were always more concerned with setting up cars that were good to race. It was much more of a priority for us.”

So what changed that spring day in 1995 at Martinsville that finally put JGR on the pole for the first time? Quite frankly, nothing.

“We were just doing our normal deal, as I recall, and it wasn’t something we were going after,” Makar said. “I just remember he laid down a really good lap and got through the corner really well and carried the speed and we were able to sit on the pole with it. It was a good lap and everything came together. The car was right, Bobby drove a very good lap and it just all came together. Since then, we’ve won a few more. But, again, it wasn’t something we were out to try and get. We were just trying to get a good starting spot.”

With Labonte starting first, hopes were high for a victory at the legendary .526-mile paperclip-shaped track. 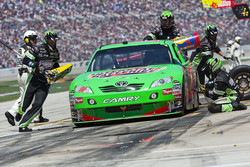 “Qualifying was awesome, we had a great lap, the car turned really well, and I got spun out the first lap,” said Labonte with a chuckle. “I think it was Greg Sacks (who started third) who got me in turn two.

“It was neat to win the first pole for JGR, though. I had won one pole before that driving for Bill Davis and I think we went on to win about 26 poles total at JGR. To win our first pole on a short track at a place like Martinsville was cool, even though we got spun out on the first lap.”

Labonte managed to battle back to a 10th-place finish at Martinsville in a race shortened by rain. He captured JGR’s second pole later that season in the series’ second trip to Michigan International Speedway in Brooklyn. JGR’s time at the first starting spot was much better the second time around, as Labonte led 17 of 200 laps en route to victory at the 2-mile oval, which gave Labonte a sweep of that year’s Sprint Cup races at Michigan, providing the fourth and fifth wins, respectively, for JGR.