Jimmie Johnson: “I feel like we’ve stopped the bleeding” 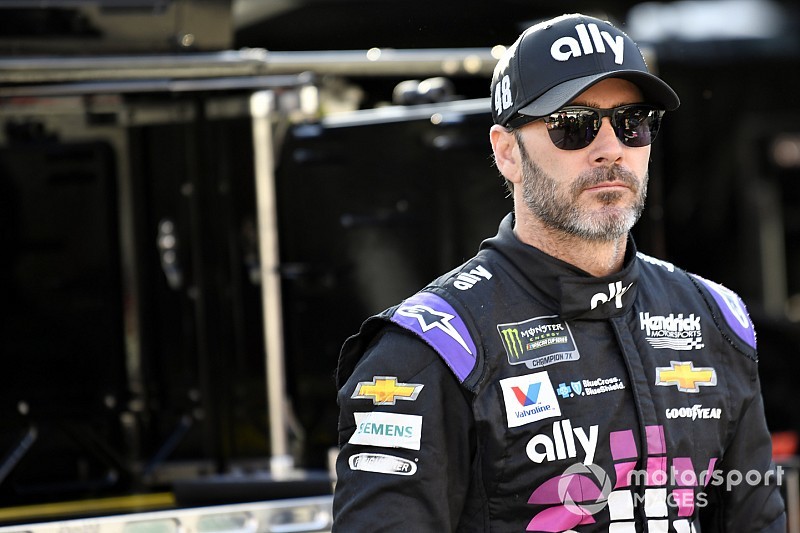 After qualifying 10th and finishing the Food City 500 in the same spot, the seven-time NASCAR Cup Series champion continues to remain upbeat and confident that his No. 48 Chevrolet team is moving in the right direction.

Johnson, who is currently riding a 67-race winless streak dating to June of 2017, was happy after another solid run in Sunday’s Food City 500 at Bristol (Tenn.) Motor Speedway.

“I feel like in a sense we’ve stopped the bleeding,” said Johnson. “We have good competitive cars and we’re in the top-10 mix which is where we should be so from here we just keep working.”

Johnson, who has now scored four top-10 finishes in the first eight races of the season, feels his team is just steps away from contending for wins on a consistent basis again.

“We did make a jump in our performance so I hope we can find another chunk that quickly that will put us in that top-five mix consistently,” said Johnson.

“I think we are going to right way and I am very optimistic about that, so I am very thankful and grateful for that. We will celebrate these small victories and get ready for the big victory."

As for what the missing “chunk” his team is looking for with his cars, Johnson said he believes their cars could use some improvement in the corners.

“(We need) more grip in the center of the corner,” said Johnson. “We can get the balance on either side, which was what we had at the beginning of the year. I'm not sure there is such a thing as ‘free speed,’ but if there is such a thing, I will take it and we'd be right there in the mix.”

How Kevin Harvick overcame disaster to finish 13th at Bristol