No win, but Jimmie Johnson "is going in the right direction" 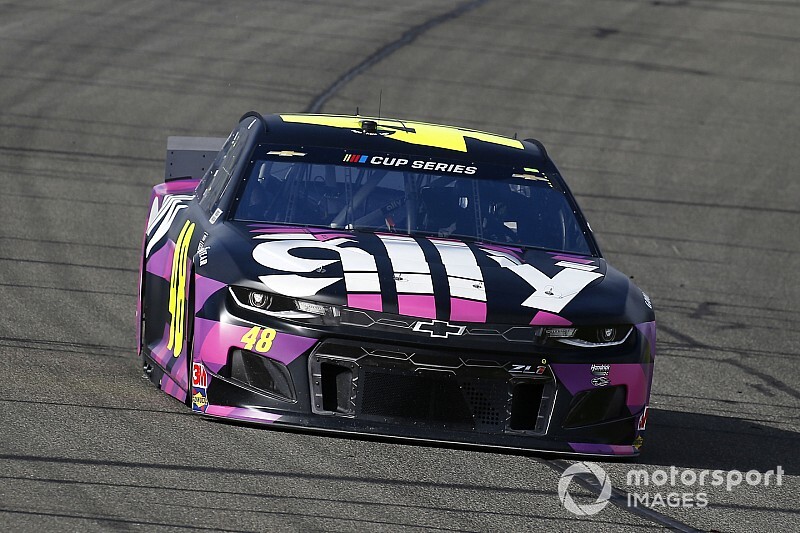 It wasn’t a fairytale ending for Jimmie Johnson at Auto Club Speedway, but it was another strong run, which remains a welcome change from recent seasons.

Johnson had scored the first of his 83 career NASCAR Cup Series wins at the Fontana, Calif., track in 2002 and appeared in good position Sunday to end what is now a career-worst 98-race winless streak.

He ran well in practice and just missed out winning the pole, starting second in Sunday’s race. He remained competitive throughout, leading 10 laps and ended up with seventh-place finish in what is likely his final series start at his hometown track.

“This team is going in the right direction. I know in my heart what I am capable of and what this team is capable of. It’s just taken a little bit to get the right people in the right places, and rebuild and get this Chevy exactly where it needs to be,” he said.

“We just couldn’t adjust this car on the pits stops quite enough to get the tight out of it. It was really competitive and racy at the start of a run and then we would fade at the end. At the end, I thought I was going to blow a tire, I think I had cords on the fronts and I thought I wasn’t going to finish the race.

“So, to salvage a top-10 out of it and two thirds in the stages, we are headed in the right direction. I want to thank the fans here in California. There have been some great vibes all weekend.”

Johnson led the field during the pace laps on a five-wide salute to the fans and his wife and two daughters waved the green flag to start the race.

“There’s nothing like coming home and this was beyond anything I could have ever imagined,” said the native of El Cajon, Calif.

Through three races, Johnson already has one top-five and two top-10 finishes and is 11th in the series standings. At this point last year, he was 17th and didn’t pick up his first top-five until the March race at Texas.

“I’m a competitor at heart and I want to win races and be up front and get it all done,” he said. “So, I was pretty disappointed the way it finished and ended up seventh. But it’s a good sign of where we’re heading.”

Kyle Busch: "We have a lot of work to do" despite second-place