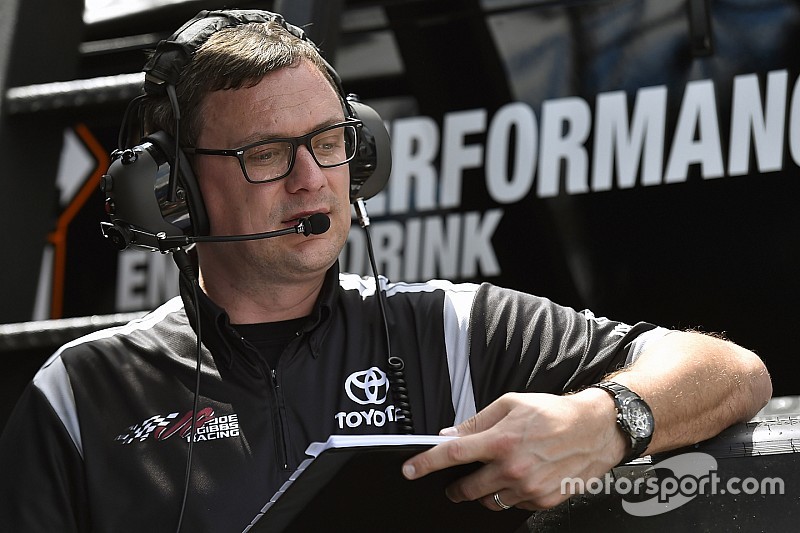 Chris Gabehart, who won nine races over the last three seasons as a crew chief in JGR’s Xfinity program, has been named crew chief for Cup series driver Denny Hamlin and the No. 11 Toyota.

Eric Phillips, who compiled eight wins over three seasons as crew chief on JGR’s No. 18 Xfinity Series team, will take over as car chief for Hamlin’s No. 11 team.

“With such a short offseason it’s important to start work toward the 2019 season immediately and we are proud with the teams we have assembled now, both in the Monster Energy NASCAR Cup Series and in the Xfinity Series,” said Joe Gibbs, Owner of Joe Gibbs Racing.

“With Chris Gabehart joining Adam Stevens, Chris Gayle, and Cole Pearn on the Cup side we believe we have the right leaders in place to benefit our entire organization.”

In addition to the changes on the Cup side, two new crew chiefs have been added to JGR’s Xfinity Series program.

Ben Beshore will move from his current role as engineer on JGR’s No. 18 Cup team to replace the vacancy left by Phillips as crew chief for the No. 18 Xfinity team.

JGR’s ARCA Series team will also have a new addition for 2019 with the hire of crew chief Mark McFarland. He joins the organization from MDM Motorsports where he served as team manager and crew chief in the K&N Series as well as ARCA.

“We take a tremendous amount of pride in our accomplishments in the Xfinity Series and are excited to have Jeff Meendering and Ben Beshore join Jason Ratcliff to lead our efforts there, as well as bolster our developmental program in ARCA with the addition of Mark McFarland,” Gibbs said.

Has Johnson shown America’s next F1 star could come from NASCAR?