Jeff Gordon: "To go into the Hall of Fame is kind of surreal" 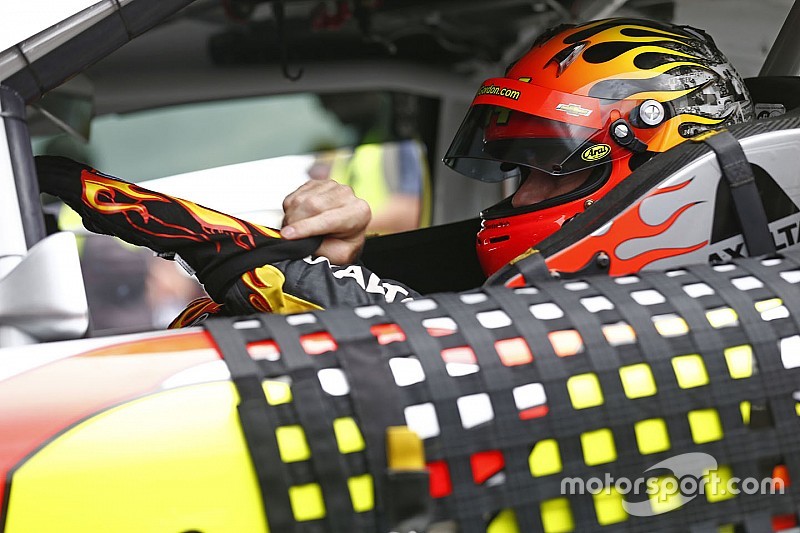 Jeff Gordon has always maintained a large part of his NASCAR career was about good timing and his election Wednesday to the NASCAR Hall of Fame didn’t dispel that notion.

As it turns out Gordon, 46, will be inducted surrounded by people who all directly or indirectly played a significant role in his career.

“Roger Penske – I was an avid Rick Mears fan. To go in in the same year as Roger. Of course, racing against him. I know how much he means to Rick, just a class act,” Gordon said. “That stands out in my mind.

“My first race was with Alan Kulwicki, the one he won the championship with. That was a very special day for him. Ray Evernham worked for him.  I knew people on his team. I went over to his shop when I was a kid first coming to North Carolina. Friends of mine knew Alan. We had people who worked on my teams – some who probably still work at Hendrick – that used to work on Alan’s team.

“Jack Roush, of course, we were fierce competitors against one another. A lot of people don’t realize there was some talks before I went to work for Rick Hendrick of possibly driving for Jack Roush because I was with Ford there for a couple years.

“Then Davey Allison. Davey was somebody special to me. I really looked up to Davey. A lot of people compared me and him because of maybe my moustache, I don’t know. But he was a rock star. He was the one that was going to take NASCAR to the next level, had his life not been cut short. As a racecar driver, as a competitor, as a person, as a friend, he was just an awesome person.”

Gordon was selected on 96 percent of the ballots by the Voting Panel on Wednesday – the highest percentage in the Hall’s history. This was the first year he was eligible for nomination.

“All that I’ve accomplished, the things that I’ve been able to experience, people I’ve worked with, people I’ve met, then now to go into the Hall of Fame is kind of surreal,” he said.

“I feel it was just yesterday I was driving a race car, so it’s very surreal, but a huge honor.”