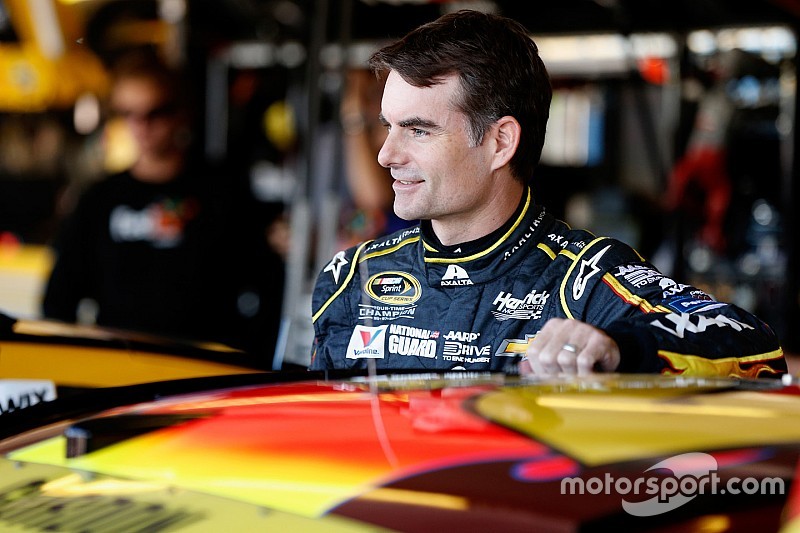 Jeff Gordon, a four-time champion in what is now the Monster Energy NASCAR Cup Series, leads the five-member NASCAR Hall of Fame Class of 2019.

Gordon, 46, started his career in what was then the Busch Series with Hugh Connerty Racing, followed by Bill Davis Racing, winning three races, and began racing full-time in the Cup Series for Hendrick Motorsports in 1993.

Gordon took NASCAR by storm in the 1990s, becoming the youngest driver in the modern era to win a premier series title as a 24-year-old in 1995. In 1998, Gordon won a modern era-record 13 races.

This was his first year he was eligible to be nominated.

Voting was as follows: Gordon (named to 96 percent of ballots), Roush (70%), Penske (68%), Allison (63%) and Kulwicki (46%).  In all, 57 votes were cast, with two additional panel members recused from voting as they were potential nominees for induction (Ricky Rudd and Waddell Wilson).

The next top vote-getters were Buddy Baker, Hershel McGriff and Waddell Wilson.

In addition, Jim Hunter, longtime NASCAR executive and former president of Darlington (S.C.) Raceway, was elected the winner of the Landmark Award, which recognizes outstanding contributions to NASCAR.

Jim Utter, NASCAR Editor of Motorsport.com, is among the members of the voting panel which selects inductees to the NASCAR Hall of Fame.

This was his original five-member ballot:

Utter also voted for Hunter for the Landmark Award.