Villeneuve forced into engine change ahead of Daytona 500

Former Formula 1 world champion and Indy 500 winner Jacques Villeneuve has been forced into an engine change ahead of Sunday’s Daytona 500.

Villeneuve earned his spot on the starting grid on time in qualifying on Wednesday, as his Team Hezeberg squad is a non-charter team.

Villeneuve suffered a pre-race engine problem before his Duel race on Thursday and was forced to retire from the race when the issue recurred after 34 laps.

His team then discovered a more serious engine problem while running it up, ahead of final practice on Saturday.

When asked by Fox Sports about the engine issues, Villeneuve replied: “Well, we fixed the Thursday problem, but then we found out this morning that we’d dropped a valve, so we have to change the engine.

“So not a lot of laps for me, and I was wanting to try to the pit lane entry and pit-out a little bit today. But 500 miles is a long time to learn all of that tomorrow.” 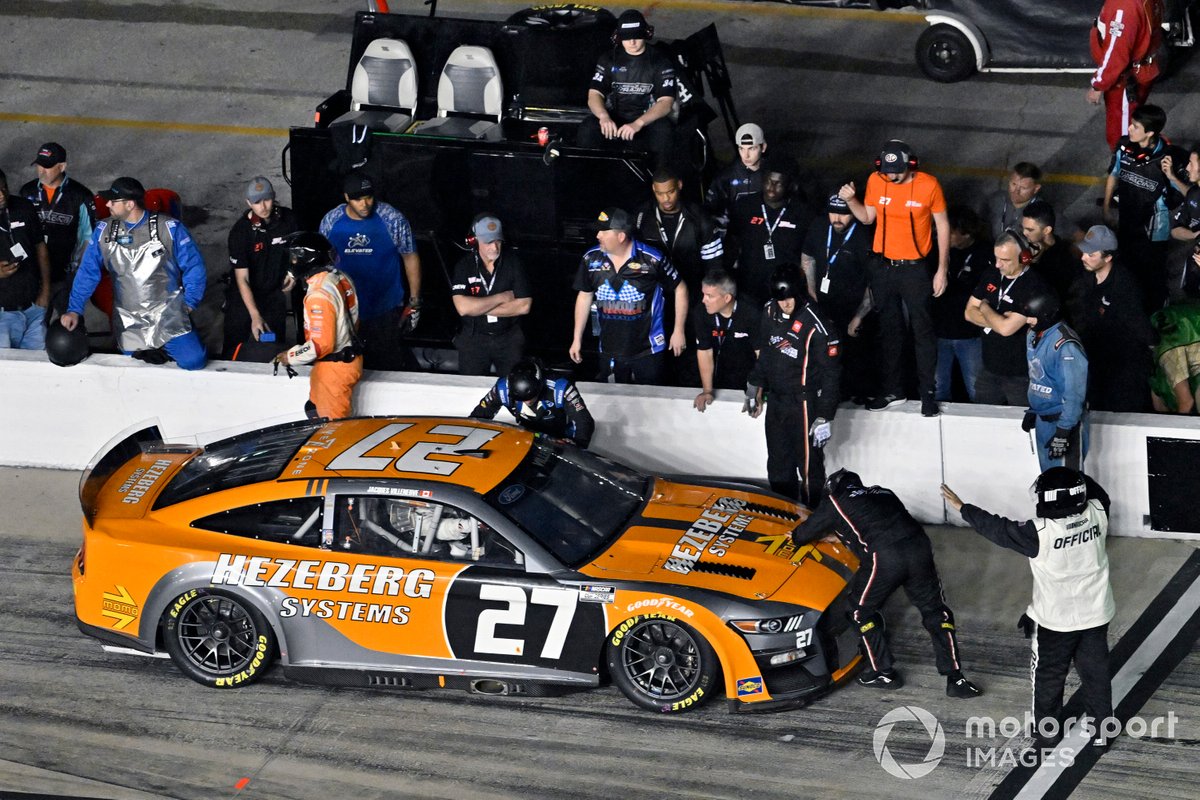 Villeneuve has been racing in the Euro NASCAR series in recent years, winning at Vallelunga in Italy, and says he feels his racing career has been revitalized in stock cars.

“When I was in F1 I didn’t think I would be able to drive anything else,” added Villeneuve. “I was so focused and groomed for those kind of cars, and it’s not until I jumped into a NASCAR that I realized there was a lot of fun to be had driving something different and I’ve had a blast ever since just jumping in different kind of cars.

“The most fun I’ve had racing has been in NASCAR – not qualifying, because it’s hard to beat the speed that you get in Formula 1, but racing wheel-to-wheel or fender-to-fender, you can’t beat the way it goes in NASCAR.” 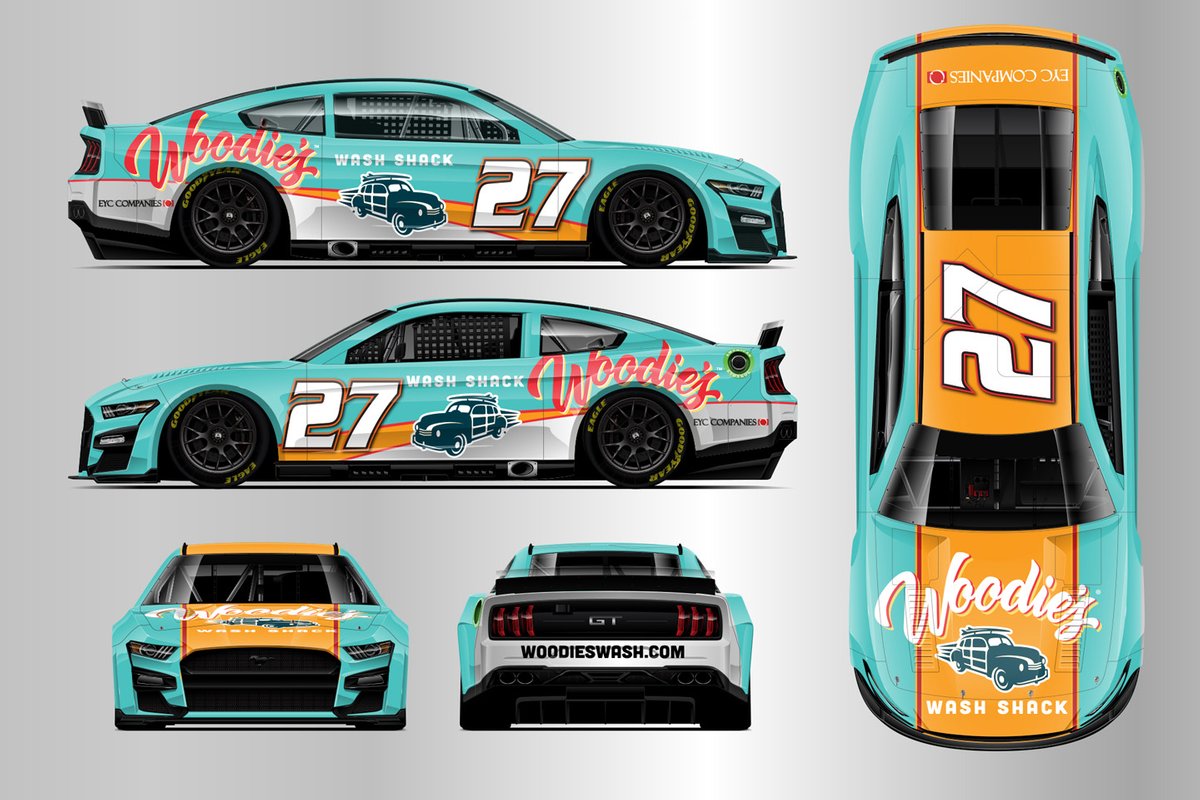 Villeneuve’s #27 Ford Mustang has secured primary sponsorship for the 500, with Woodie’s Wash Shack adding its blue colors to the orange of the Dutch-owned car (above).

Woodie’s owner Don Phillips said: “This is a lifelong dream. I love NASCAR and IndyCar. We already sponsor the St. Pete Grand Prix, so to be a part of this great story with Jacques at age 50 qualifying for the Daytona 500 is really a special moment.”