There is no secret Brad Keselowski’s addition to Roush Fenway Racing next season is part of the organization’s “succession plan” but that doesn’t mean team co-owner Jack Roush is stepping aside.

While Roush, 79, has not been as visible as he once was, the longtime NASCAR owner made it clear this week that he still plans to play an active role in the organization’s ‘reset’ with the addition of Keselowski.

“I welcome (Brad) as a partner and look forward to what we can do together. I’ve been asked to say that I’m passing my baton to him, which I am, but I still have one hand on the thing, so I’m not going to give up completely for a while,” Roush said.

“There are no retirement plans for me in my immediate future. I intend to keep going to the race tracks the way I have and to be as much of a nuisance and distraction as I have been to my drivers and crew chiefs in the past.”

A large part of Roush’s life has been invested motorsports, including drag racing, road racing and he has had teams win championships in all three NASCAR national series. He entered his first car in the Cup series in 1988 with driver Mark Martin.

The wins have been harder to come by in recent years – two in the Cup series since 2014 – and the hope is the addition of Keselowski as a driver and owner along with the debut of the Next Generation car in 2022 will help return Roush to the top echelon of teams.

Could Brad take Roush back to the top?

“He’s one of the top drivers in the sport. He’s an inspiration to me for what he’s done with his truck team,” Roush said of Keselowski. “He has been to the highest levels of the sport, and in the meantime initiated the start of an aerospace manufacturing service company that has got a great future, so he’s ready for the next challenge, which is participating in the ownership of a team.

“Over a period of time Brad will earn his independence and he will gain a significant position of ownership in the team. One of the things that’s been a challenge for me is to answer the questions I’ve gotten over a period of time – ‘When are you going to retire? What is your succession plan?’

“Well, Brad Keselowski and the Next Gen car and the things that we can do together in the near term and the future that we see long-term is my retirement plan and I just hope I can take lots of green flags and lots of checkered flags before we get there.” 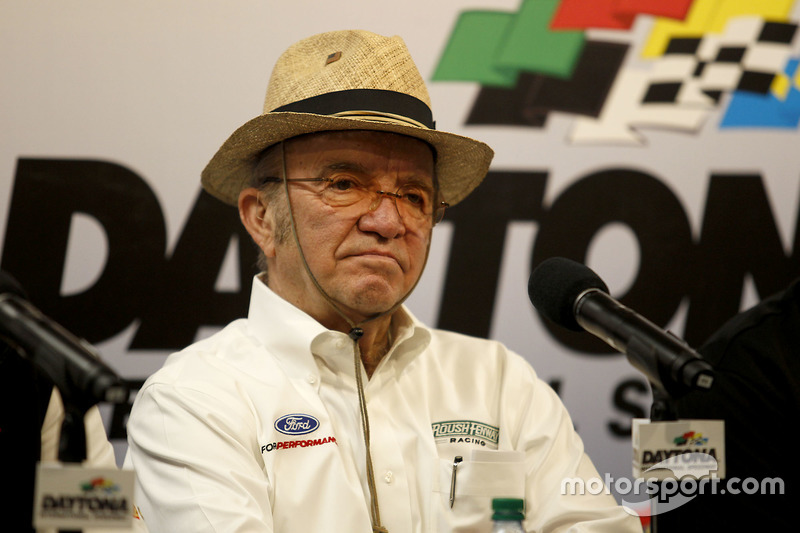 Roush seems invigorated by the idea of Keselowski taking an active role in the competition side of the organization – but perhaps more importantly – providing an anchor to ensure Roush’s legacy in NASCAR will not diminish anytime soon.

“It’s a great time to make the addition of a championship driver like Brad and it gives me a chance to think about not having this thing end when I can no longer function in the team, but to have it continue on for the benefit of the people and the families and the other things that the industry supports and for the community.”

Roush also added a bit of prediction that Keselowski’s decision to take on the driver/owner role in NASCAR’s Next Gen era won’t be the last.

“We’re seeing new owners come in,” Roush said, “and I think that Brad’s not the last of the drivers that will say they’d like to have a piece of the action when they get out of the driver’s seat.”

Brad Keselowski wins Duel No. 1; Grala locks himself into 500

Alex Bowman will be out for a second consecutive week as he recovers from concussion-like symptoms.

Cody Ware to skip Roval as he recovers from ankle injury

Cody Ware has made the decision to skip this weekend's NASCAR Cup Series race at the Charlotte Motor Speedway Roval.