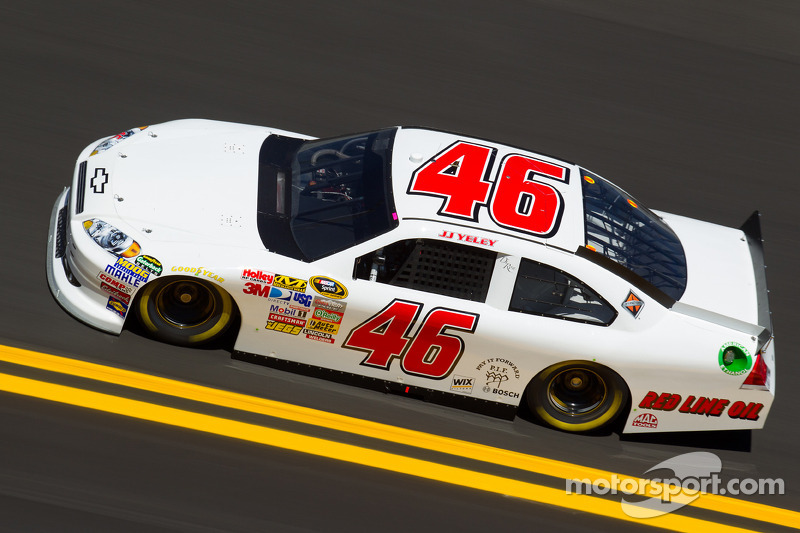 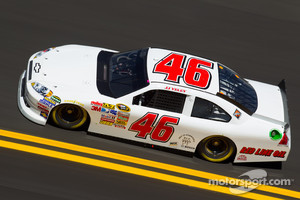 “I might have a left a little out there on the table, but we really couldn’t take any chances,” explained Yeley. “I’ll admit that David Ragan’s spin during qualifying was playing back in my mind and I didn’t want to have the same fate. Our car was a little loose but we played it smart and were able to post a solid lap.”

Yeley will make his fourth career NSCS start at Las Vegas (Nev.) Motor Speedway on Sunday. His best finish in three previous starts occurred in 2006 where he maneuvered a Chevrolet to a 17th place run.

The 34-year old Yeley will join the other 42 drivers in his 115th career start when the Kobalt Tools 400 receives the green flag shortly after 3:00 p.m. Sunday afternoon. The event will be televised live on FOX with additional coverage through the Performance Racing Network (PRN) and XM Sirius Satellite radio channel 128.

On Las Vegas (Nev.) Motor Speedway: “I have never been much of a gambler, so to me Las Vegas is a place for adults to go and have some fun. I have always enjoyed coming to race at Las Vegas Motor Speedway. It is fun track and always has a very good fan attendance.”

On His Fondest Las Vegas (Nev.) Motor Speedway Moment: “My fondest memory of Las Vegas would have to be my rookie year in the NASCAR Nationwide Series. I qualified seventh and had a strong run in the race. I had raced at the Bullring and the Dirt track outside of the 1.5 racetrack, but had never experienced NASCAR from the kind of excitement.”

On Taking Any Gambles This Weekend At The Race Track Or At The Casino?: “The only gambling I will be doing this weekend will be at the race track. I am not much of a gambler, I chose to save all of the luck that I can find and put it to good use for my number one passion, RACING.”

On The IZOD IndyCar Series Roaring Into Las Vegas Motor Speedway And Any Thoughts About Returning To Open-Wheel Racing: “It is very interesting that the IZOD IndyCar series is putting up a huge sum of money for a NASCAR driver to win the final race of their season. Most people don’t know that I have run a dozen or so IRL races in the late 90s.. It would be interesting to have some conversations with teams that would be competitive enough to go for broke and win the Challenge and take home the five million dollar prize!”