J.D. Gibbs treated for complications due to head injuries 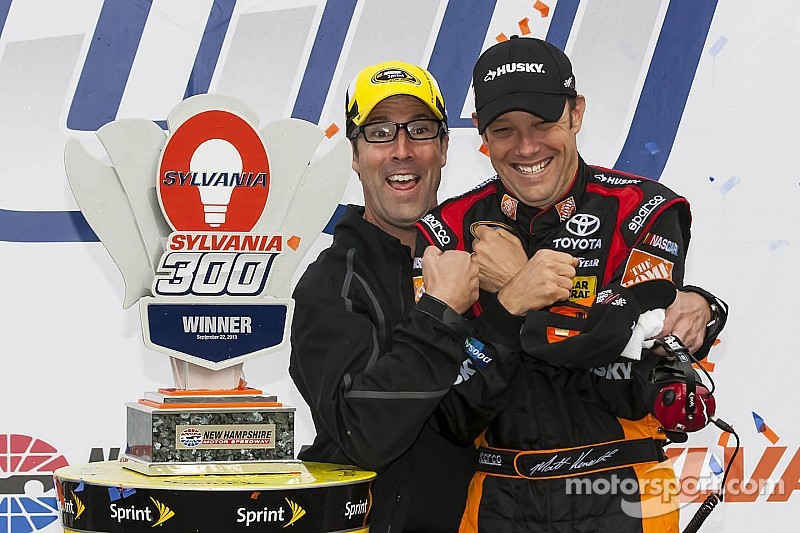 JGR released a statement on Wednesday saying Gibbs, 46, who played football at the College of William & Mary and raced in the XFINITY, truck and K&N Pro Series over a six-year stretch, was tested following symptoms that affected his speech and processing skills.

“Gibbs’ doctors believe the complications he has experienced were triggered by head injuries likely suffered earlier in life, but no specific injury was referenced or identified,” according to the release. “Gibbs has always enjoyed an active life participating in several sports including mountain biking, snowboarding, football, racing, and other extreme-type sports.”

Gibbs played defensive back and quarterback at William & Mary from 1987 to 1990 while his father Joe Gibbs coached the Washington Redskins. Gibbs won 10 games his senior year with the Tribe. His brother Coy was a linebacker at Stanford University.

Gibbs often jokes about his lackluster racing career. He attempted to qualify for an XFINITY Series event at Rockingham Speedway in 1997, but failed to make the race. The following season he ran four races and finished a career-high 20th at South Boston. In 1999, Gibbs attempted to run the complete K&N Pro Series but qualifed for 16 of 20 events. His best finish was 11th at Thunder Road and he finished 19th in the point standings.

Gibbs transitioned to the truck series, where he race eight races over three years with a series-best effort of 23rd at Darlington Raceway. Gibbs crash rate was 50 percent in NXS - including his final NASCAR race at Darlington.

“All members of the NASCAR and France family extend our thoughts and prayers to J.D. Gibbs and his loved ones. We’ve all watched J.D. grow up within our community, and he always has represented himself, his family, the entire Joe Gibbs Racing organization and NASCAR with the utmost professionalism, enthusiasm and energy. We wish him the best during this time and eagerly anticipate his recovery.”

Although Gibbs' at-track activity will be limited while he undergoes further testing he will continue his daily duties at JGR while continuing “treatment to help manage the symptoms”.

Gibbs is married to wife Melissa and has four sons.

Are better days ahead for Roush Fenway Racing?

BUSTED: The No. 33 Circle Sport Chevy popped with a P4 penalty