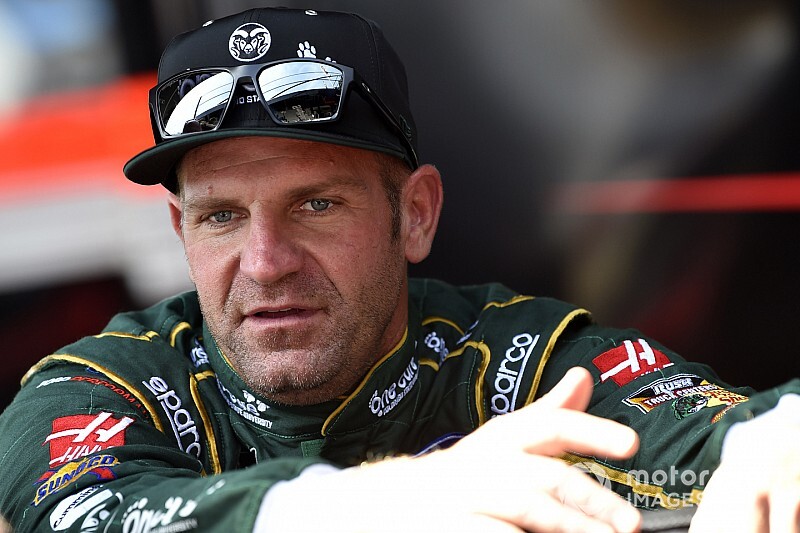 If it seems Clint Bowyer has been in this position before, it’s because he has – almost exactly one year ago.

Bowyer enters this weekend NASCAR Cup Series playoff race at the Charlotte Roval 14th in the playoff standings, four points behind the 12th-place cutoff to advance to the second round.

One year ago, Bowyer’s continued playoff hopes also came down to his performance at the Roval – when he was also four points outside the cutoff.

Last year, a third-place finish catapulted him into the Round of 12. Needless to say, replicating that performance would be a welcome relief.

“It’s do-or-die time. It’s the playoffs,” Bowyer said. “You watch these football teams go through these playoffs and how exciting it is and it’s our turn to have those nerve-racking moments and do-or-die moments for your race team and your season, but I’m looking forward to it.

“We are all going to be sweating our rear ends off trying to make the Round of 12 while everybody in the stands and on television are going to be watching us lunatics wondering what’s going to happen.

At least this season, most of the drivers have at least one race of experience on the Roval course, a 17-turn, 2.28-mile combination of the oval track and infield road course.

Still, the backstretch chicane has been redesigned from last season and a variation of the 2019 aero package will be used on the cars which will produce some new variables.

“From the time you pull out on the track to the time you get off, it’s just sketchy,” he said. “You are just tip-toeing. There’s no room for error at all. The grip level isn’t great like in Turn 3.

“It’s not something you are going to limp (the car) away from.”

Given his situation in the standings and what was needed to advance last season, Bowyer was asked if he considered the race a “must-win,” he didn’t mince words.

“It’s kind of a must-win situation at all times,” he said. “In life, if you wake up and say, ‘I don’t really need to win today,’ you’re probably going to suck.”

Buescher to replace Stenhouse at Roush Fenway Racing in 2020