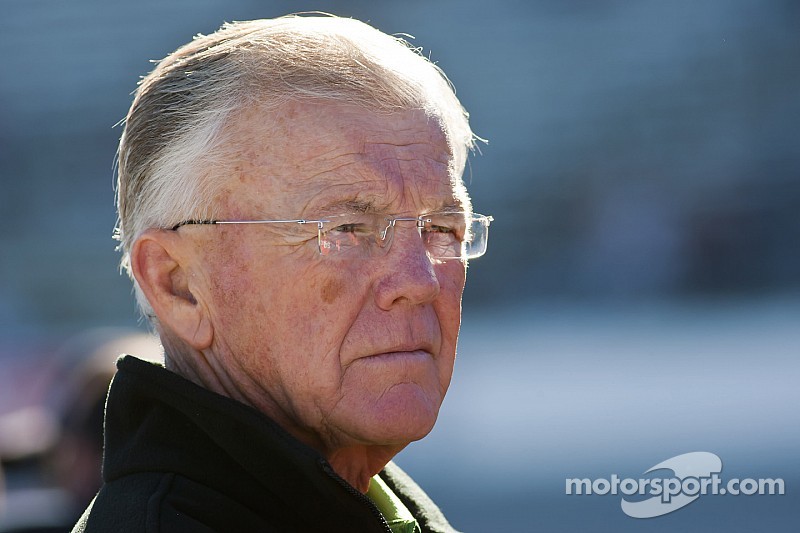 "Surprise," Edwards said as he walked across the stage at JGR.

ARRIS Group will sponsor Edwards in the No. 19 Toyota Camry for 17 races in the Sprint Cup Series as JGR expands to four teams.

“It’s a huge deal for me,” Edwards said. “I couldn’t sleep last night because I was so excited about today.

“I woke up this morning and I was excited to be a part of it. It just felt right to me.”

ARRIS will also back Suarez in a multi-year program in the Nationwide Series starting in 2015 as well as additional Camping World Truck Series events. ARRIS is a worldwide leader in broadband and video delivery technology.

JGR will expand its diversity initiative by partnering with Escuderia TELMEX and ARRIS to cultivate aspiring racers in Mexico and Latin America.

“This is one of the biggest days in Joe Gibbs Racing’s history,” said Joe Gibbs, founder and owner of Joe Gibbs Racing. “To be able to bring a driver the caliber of Carl Edwards on board to launch our fourth team is just a thrill.

“But we also have the opportunity to announce a new partner in ARRIS that will not only sponsor Carl, but also share a vision with Carlos Slim Domit and Escuderia TELMEX to develop Mexican and Latin American drivers in NASCAR. We are excited to have Daniel Suarez as part of that program and look forward to watching his development in the NASCAR Nationwide Series next season.”

Edwards is currently eighth in the Sprint Cup Series. For the last 11 Cup seasons with Roush Fenway Racing he has amassed 23 wins, 106 top-five and 182 top 10 finishes.

Suarez currently leads the NASCAR Toyota Series where he has nine victories in 52 career starts including four this season. The 22-year-old Monterrey, Mexico native has led 1,084 of the 7,790 laps raced. Suarez also won the first two K & N Pro Series starts in 2014. He made his first career Nationwide Series start for JGR at Richmond in the No 20 Toyota. Suarez qualified 12th and finished 19th.

“This is a dream come true,” Suarez said. “This is crazy I can’t thank Joe Gibbs racing enough for their confidence (in me) and support. This is amazing. I can’t wait to learn from all these guys.”

Tony Stewart's career is hanging in the balance