In more ways than one, Jeff Gordon changed NASCAR racing 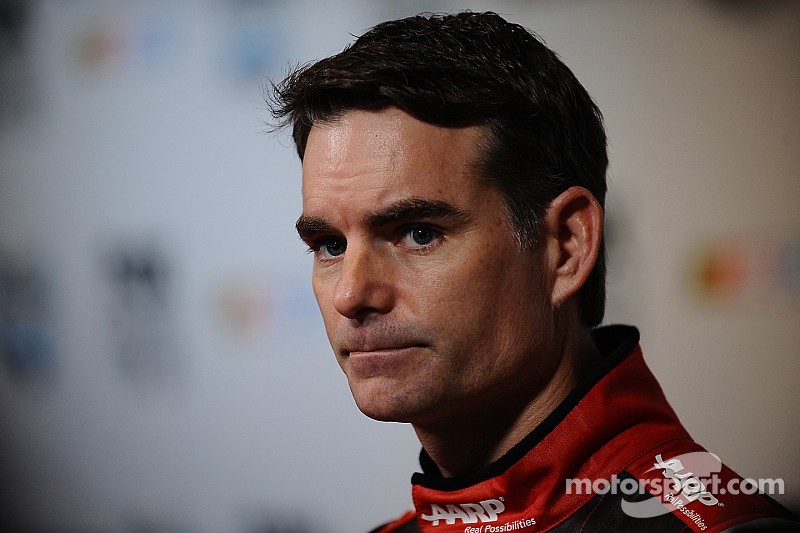 Jeff Gordon has 92 career victories, third on the all-time list behind Richard Petty (200) and David Pearson (105).

In 1994, his second full season at NASCAR’s highest level, Gordon won the Coca-Cola 600 and the inaugural Brickyard 400.

In 1995, he won the first of his four series titles. After last year’s four-win season, Gordon has 92 career victories, third on the all-time list behind Richard Petty (200) and David Pearson (105).

Gordon was the foil to seven-time Cup champion Dale Earnhardt Sr. While Gordon brought new fans to the sport, he also raised the ire of Earnhardt fans who were loath to see race wins and series titles going to the kid from California, rather than the Intimidator.

You could argue, though, that Jeff Gordon did more to change the direction of NASCAR racing when he played a critical role in adding Jimmie Johnson to the Hendrick Motorsports driver roster.

I want people craving our sport like they did in the '90s, so I have an open mind as to how we get there.

Gordon won his last series title in 2001, a year before Johnson joined the organization. Subsequently, Johnson won six championships, including five straight from 2006 through 2010.

But the first meeting between the drivers was tenuous at best. Johnson was losing his ride in what is now the NASCAR XFINITY Series, and he finally worked up the nerve to ask Gordon for advice.

“I doubt he'll remember, and we never had a chance to formally meet,” Johnson recalled during Thursday’s NASCAR Media Day at Daytona International Speedway. “But at test sessions, I guess in '99 and even in 2000 when he was running some [XFINITY] stuff, we'd have a test session and every now and then the 24 car would be there, and I would always try to linger by his pit and try to introduce myself to him, and it never worked out.

“Truthfully, the first time I met him formally was at the August race in Michigan in 2000, and I went to him with some questions that I needed answered. I needed some advice because the Herzogs (Johnson’s team owners) were going to pull out. They lost their sponsorship, and the only opportunities I had involved switching manufacturers, as well, and I knew Jeff left Bill Davis and Ford and went to Rick Hendrick and Chevy and I thought he had like the magic answer.”

Johnson introduced himself to Gordon at the drivers’ meeting, completely unaware that his name already had come up during expansion talks within Hendrick Motorsports.

“He brought me back to the transporter, we talked briefly before the start of the race,” Johnson said, “and after I told him my situation, he gave me some advice, and then said, ‘You're not going to believe this, but we're talking about starting a fourth team, and your name is the only name that's been brought up.’

“So just in a 30 minute window of time, what all went on, starting out trying to work up the nerve to introduce myself to him, looking for some advice, and then practically leaving with the job was just insane. It was the wildest 30 minutes of my life.”

Though their careers are inextricably interwoven, Gordon and Johnson will be pursuing different agendas this season. In his final year in full-time Cup racing, Gordon would like nothing better than to win a championship under the Chase for the NASCAR Sprint Cup format.

Johnson, on the other hand, will try to win a record-tying seventh title, so if either Gordon or Johnson should succeed, it will frustrate the other.

Johnson won all six of his championships after the introduction of the Chase in 2004, but under last year’s distinctly different Chase format, he was eliminated in the second round and finished a career-worst 11th in the final standings.

In assessing his view of the new Chase format, however, Johnson had a more global perspective.

“I said it last year, I wanted the stats to tell me that it was better, and the stats that NASCAR shared with the drivers a couple weeks ago definitely showed things going in the right direction,” Johnson said. “I feel with my talents as a driver, the team that I drive for, the commitment we all have for the sport, regardless of format we're going to be a threat and have a shot to win championships.

“I'm for it. I want what's best for our sport. I want those grandstands full. I want the ad buys to be up. I want people craving our sport like they did in the '90s, so I have an open mind as to how we get there.”

Spoken like a six-time champion, going on seven—unless Gordon has something to say about it.