Harvick's advice to young racers: "It's just about the results" 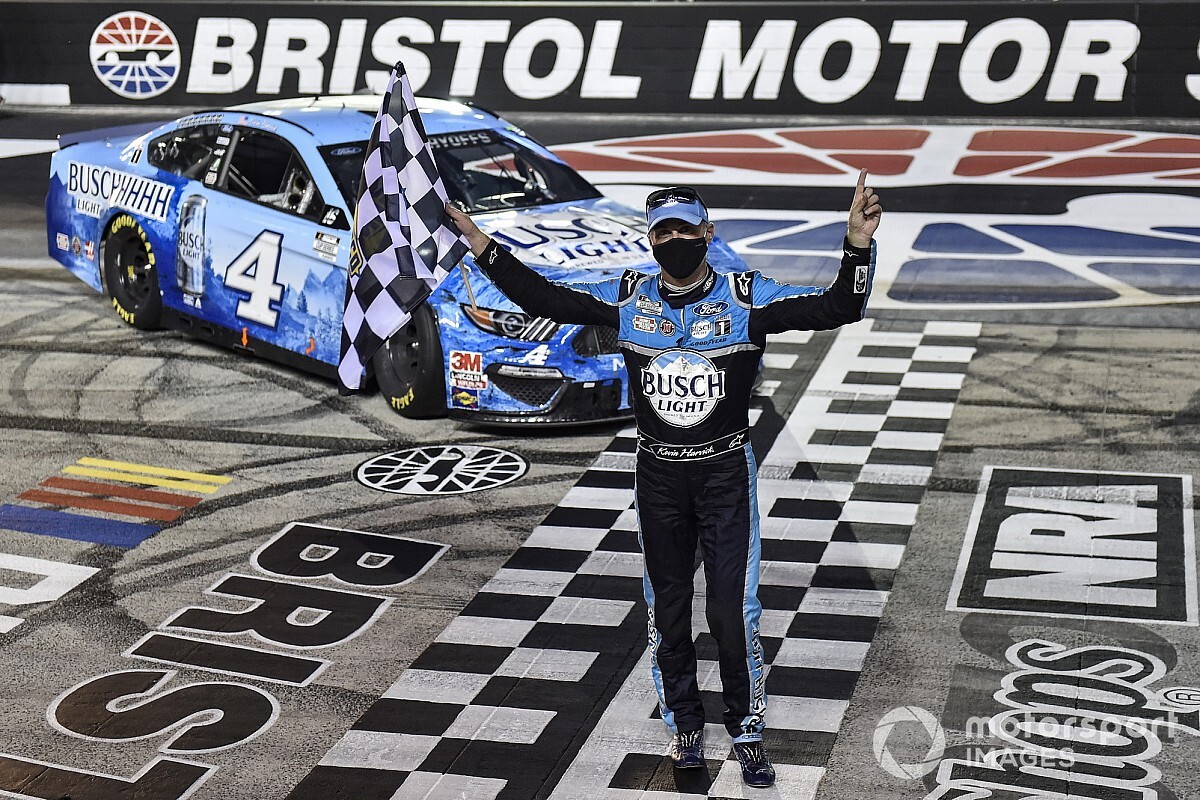 There are many things that can grab headlines, but Kevin Harvick says he’s learned in his career performance on the track does the best talking.

“I think that’s the one thing that I try to explain to all the younger racers. An extra 100,000 people on Twitter isn’t going to make you stick around (the sport) longer,” Harvick said.

“Performance on the race track is really the bread and butter of what we do and no matter if you have a funny personality or you have a famous last name it doesn’t matter.

“In the end, Danica Patrick is probably the best example that I can think of that, is just the fact of having the results on the race track.”

Patrick, who moved to fulltime NASCAR racing in 2013 from IndyCar, brought a ton of headlines and her passionate fan base to the sport.

However, her performance on the track never lived up to the hype. When she left NASCAR following the 2018 Daytona 500, she had seven top-10 finishes in 191 starts and never finished better than 24th in the series standings.

While many of NASCAR’s up-and-coming drivers have been touted as potential stars, once again this year a trio of veterans – Harvick, Denny Hamlin and Brad Keselowski – are the top favorites to win the Cup Series championship.

Keselowski, 36, is the youngest of the group, which together has won 20 of the season’s 32 races thus far. Harvick leads the way with a career-best nine wins.

Harvick, 44, said confidence with his No. 4 Stewart-Haas Racing team and its confidence in him continues to propel their successful relationship.

Having a team that believes in you

Focusing on performance also helps to keep everyone dedicated to the same goal.

“I think every week we’ve put a lot of pressure on ourselves to figure out why we didn’t run like we did or why we ran like we did in order to try to continue that trend forward,” Harvick said. “I like what I do.

“I like my team more than anything and that’s really the driving factor in what makes all of this go around is having a team that believes in you, and I have an organization that believes in me and we’ve been fortunate to have a lot of success on the race track.

“Look, in the end it’s the same in every sport. You have to be successful at what you’re doing.”

Harvick said there have been times in his career when an absence of performance on the Cup side would force him to find other avenues to remain “relevant.”

“Sometimes you caused headlines in order to keep yourself in the mix and move yourself forward, but fortunately now it’s really just about the results and having all that side chatter kind of put to bed takes a lot of things away from the equation,” he said.

“Just make it simpler. We can concentrate on trying to be good on the race track and in the end that comes with a team and people around you that can get the job done and believe in what you’re doing.”

Kevin Harvick: "Our car was plenty fast to win the race today"

Kevin Harvick: "Our car was plenty fast to win the race today"

"We've not hit it right in a while," admits Truex

Final Laps: Logano holds off Harvick to win and advance at Kansas