Harvick wins Stage 2 at Michigan; Truex runs out of fuel 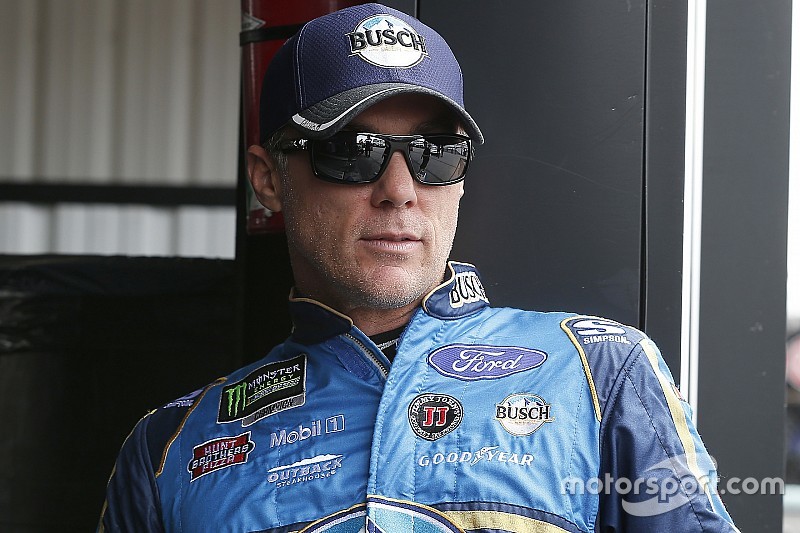 Kevin Harvick held off Kyle Busch to complete a sweep of the first two stages at Michigan International Speedway.

The win in Stage 2 is Harvick’s 12th of the season. Ryan Blaney finished third, Kurt Busch fourth and Austin Dillon completed the top-five.

Following the break between Stages 1 and 2, Jimmie Johnson was the first off pit road after taking just two new tires and took over the lead when Stage 2 went green on Lap 67. He was followed by Kyle Busch, Blaney, Denny Hamlin and Harvick.

During the round of stops, A.J. Allmendinger spun on pit road and his team had to complete his stop with his No. 47 car faced in the wrong direction.

On Lap 68, Hamlin made it three-wide with Busch and Johnson for the lead, which allowed Busch to power back into the top position.

On Lap 73, Harvick got around Blaney and moved into the runner-up position with Blaney falling to third, followed by Hamlin and Kurt Busch.

Ryan Newman spun in Turn 2 to bring out a caution on Lap 75. Most of the lead-lap cars elected to pit but Johnson and several others stayed out to retake the lead when the race returned to green on Lap 80. He was followed by Martin Truex Jr., Daniel Suarez and Erik Jones. Harvick, the first off pit road, lined up fifth.

On Lap 82, Harvick had made his way up to third as Johnson continued to lead the way.

Jones and Blaney made contact on Lap 84 in Turn 2 which sent Jones around for a spin for the second time in the race and brought out another caution. Johnson pit under caution for fuel, which put Truex into the lead for the first time.

The race returned to green with 33 laps remaining in the stage with Truex out front followed by Harvick, Suarez, Kyle Busch and Logano.

With 30 to go in Stage 2, Truex held a small advantage over Harvick as Kyle Busch moved into third.

With 15 laps remaining in the stage, Harvick repeatedly had crept to the back of Truex’s car but so far Harvick had been unable to make the pass for the lead.

With 11 to go Harvick went low and around Truex to retake the lead as Kyle Busch moved up into second and Truex slipped to third.

Blaney moved up to third with seven laps remaining as Truex continued to try to save fuel to make it to the end of the stage.

On Lap 177, Suarez was forced to pit for fuel to make it to the end of the stage.

With one lap remaining in the stage, Truex ran out of fuel and headed down pit road, which was closed, which means he would incur a penalty.