Harvick takes blame for crash: "Just a dumb mistake on my part" 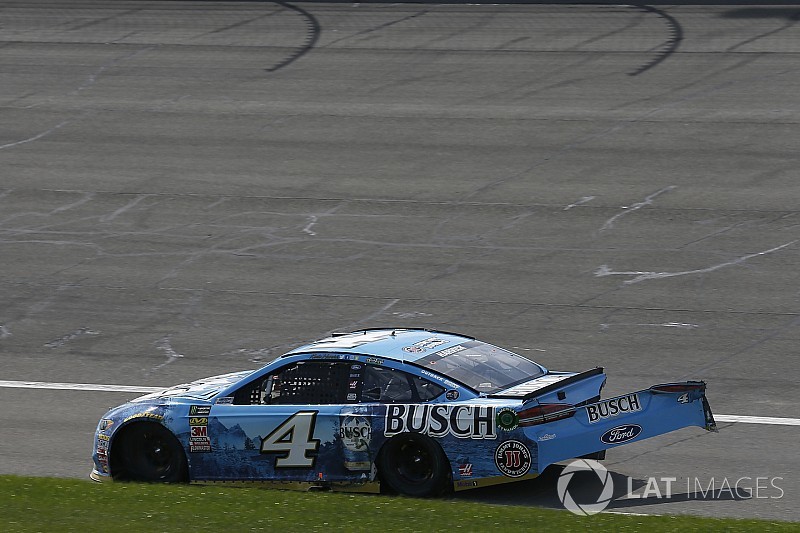 After starting in the tenth position, Harvick raced up to third after just 34 laps of racing. However, Kyle Larson was not going to forfeit the spot without a fight.

The two drivers went back-and-forth for multiple laps before colliding on the backstretch, sending the No. 4 machine into the outside wall.

“I went down to side draft and he was coming up and we touched, and it just knocked the thing to the right and spun out," explained Harvick. "I don’t know that it’s his fault. I think that’s my fault for coming down the race track right there and trying to side draft and then as we touch it just came back up the race track. I was just trying to get a little too much right there. I knew the stage was coming in. I’ve just got to thank all of my guys. They did a great job on our Busch Beer Ford and it was just my fault back there.”

Harvick went on to finish 35th, nine laps behind race winner Martin Truex Jr. With the disappointing result, Harvick's fell to eighth in the championship standings, but remains in a strong Playoff position with three consecutive races prior to Auto Club Speedway.

"That was just a dumb mistake on my part, so it wasn’t too much to ask (to win four in a row). The race car was there, it was just a mistake," he admitted.