Can Harvick make it three 'clutch moments' in a row at Texas? 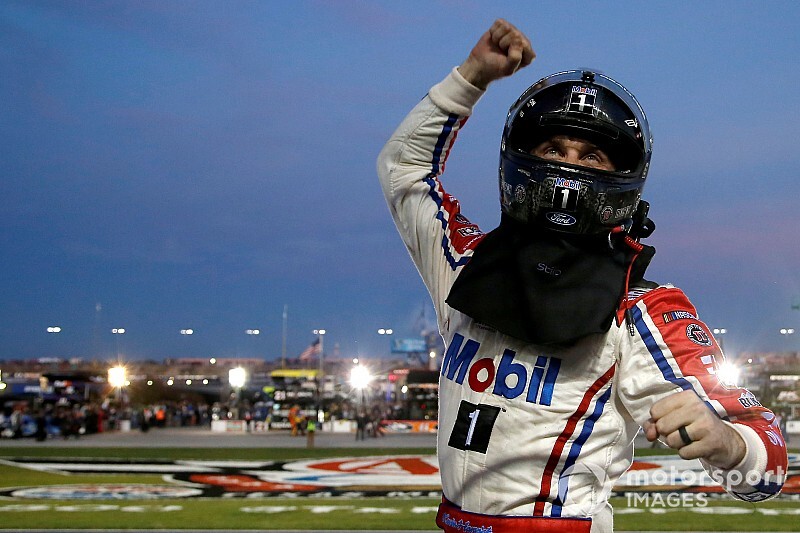 Kevin Harvick has only won twice at Texas Motor Speedway but those victories have been among the timelier of his NASCAR Cup Series career.

Harvick has won the last two fall races at Texas, and both victories advanced Harvick into the Championship 4 at Homestead-Miami Speedway to compete for the series title. The win-and-advance format of playoffs began with the 2014 season.

Two wins in 33 starts may not stand out, but their significance certainly has.

And so would a third straight win in the Texas playoff race on Sunday as it would put Harvick in the Championship 4 for the fifth time in six seasons.

Semifinal round wins may be the most important, as the process of whittling a 16-driver field down to four is just as difficult as winning the title race itself.

“I think it’s just hard to get there. Whether it’s harder or easier (under the previous playoff format) you could probably debate that,” he said.

“If you look at the old-style points, it’s a pretty good points battle if you did it how it was 15 years ago, but it’s just hard to get to Homestead and put it all together through the nine weeks leading up to that.

“That’s the most difficult part.”

While Harvick and his No. 4 Stewart-Haas Racing team have not scored any wins in the playoffs thus far, they have been among the most consistent performers in the 10-race charge to the championship.

Since the regular season cutoff race at Indianapolis, Harvick has had six top-10 finishes in seven playoff races, including a second in the Las Vegas playoff opener and a third place at the Charlotte Roval.

Only Martin Truex Jr. – the only driver locked in this season’s Championship 4 so far – has equaled Harvick’s playoff top-10 effort. Truex (6.2) is also the only driver with a better average finish in the playoffs than Harvick (7.0).

Harvick, 43, enters Sunday’s race fighting from behind, ranked fifth in the series standings, 14 points behind Joey Logano, who is currently the last driver that would qualify for the Championship 4.

Harvick and his team are no strangers to the big moments title contenders must often produce to reach the top and Texas and Phoenix – the two races remaining before Homestead – have provided that opportunity in the past.

“Clutch moments – there’s nothing like them. It’s one thing to dominate a race all day and win – that’s great. But, making a last-lap pass, an end-of-the-race pass or winning on a day when you’re not supposed to, there is just no better feeling than getting out of the car and looking at those guys,” Harvick said.

“Having the rest of the field asking how was he able to win today. Those are the types of moments that I love to be a part of. We’ve been fortunate to experience a lot of those. That’s the adrenaline rush that comes with what we do.

“There is no better feeling than those particular moments.”