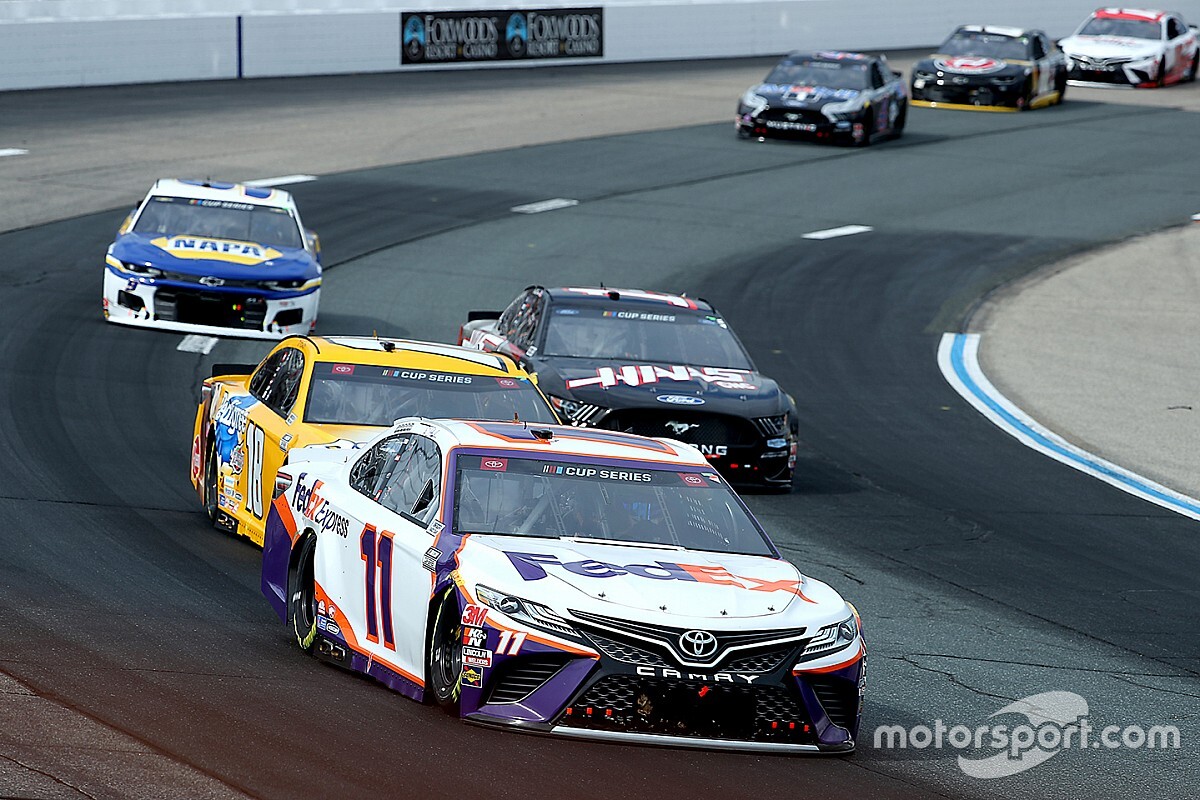 Denny Hamlin wasn’t thrilled he came up short in his quest for a win Sunday at New Hampshire but enjoyed the battle it required.

Hamlin and eventual winner Brad Keselowski combined to lead 18 times for a combined 276 of the 301 laps with Hamlin and Keselowski swapping the lead among themselves on 13 occasions, many following restarts.

Keselowski took the lead for the final time on Lap 221 and from there the race remained green, an unlikely result considering the race featured 11 previous cautions.

Fuel conservation became a primary concern after that as Keselowski eventually pulled away from Hamlin and Martin Truex Jr., who finished third.

Still, Hamlin mentioned over his team radio at one point in the race how much fun it was racing back-and-forth with Keselowski for the lead.

“We just kind of were second there to (Keselowski). We could really do well on restarts and we were going back-and-forth,” Hamlin said. “Wow, that was some really, really good short track racing there.

“Hopefully the fans liked what they saw there with me and (Keselowski) for most of the day. Some great side-by-side racing. We treated each other fair and it’s good that we got one-two out of it.”

Keselowski agreed when asked if swapping the lead repeatedly with a top competitor was enjoyable.

“It was a lot of fun. He was pretty good on the restarts, real short runs,” Keselowski said of Hamlin. “We were really good on the longer runs.

“Denny and I had a heck of a driver battle.”

With six races remaining before the start of the 2020 playoffs, Hamlin (five wins), Kevin Harvick (four wins) and Keselowski (three wins) have now separated themselves from the rest of the field.

Harvick also leads the series points standings, with Keselowski second and Hamlin fourth. Since the NASCAR season restarted in mid-May after a two-month hiatus due to the COVID-19 pandemic, the trio has won 11 of the 16 races held.

“You hate to have a fast car and you don’t finish it off. But I thought obviously the two best cars finished 1-2 today,” Hamlin said. “They got the better end of us.

“Overall, just the racing part of it, I was just having a good time there racing on the short run. Even that long run, the first stage, with the Penske cars, it was fun.”