Hamlin advances into the Round of 8 via tiebreaker 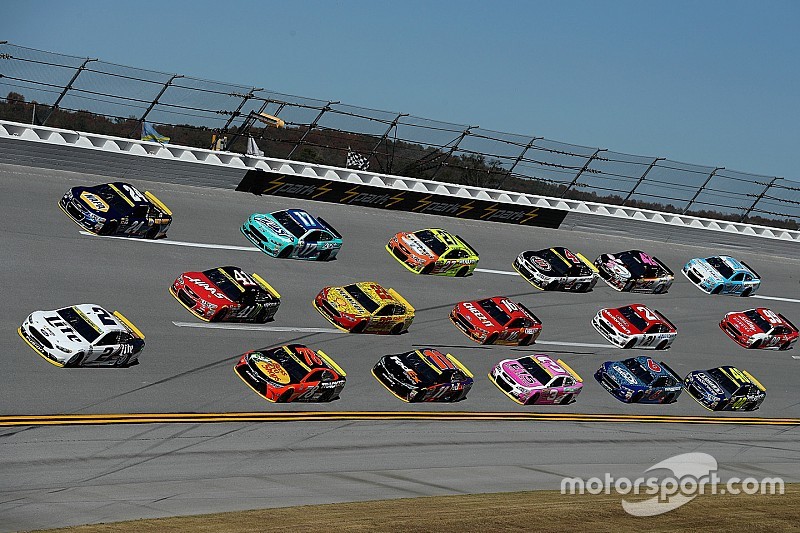 Denny Hamlin knew he was on his own to finesse his way into the next round of the Chase, but he was not uncomfortable being in that position.

Because of their solid position in the points, Hamlin’s Joe Gibbs Racing teammates Matt Kenseth, Carl Edwards and Kyle Busch elected to drop to the rear of the field at the start of the Sunday’s race at Talladega and remained in the back throughout the day in an effort to avoid getting caught up in a big accident.

The plan worked as all three advanced to the Round of 8 but Hamlin’s berth wasn’t secure until the checkered flag when he edged Kurt Busch for third place and earned the eighth transfer spot by virtue of a tiebreaker over Austin Dillon.

The tiebreaker was best finish in the round, which Hamlin claimed with his third-place finish on Sunday.

“Things fell our way today but we earned it,” Hamlin told Motorsport.com after the race. “We didn’t just grab an open spot – we went out there and earned it – and that’s what I’m most proud of.

“It’s no different than being on a golf course and knowing you have to birdie the last hole. I relish those moments.”

It’s that philosophy that Hamlin says will guide him in the final four races of the season, which includes tracks on which he has performed his best throughout his career.

“I’m a gamer. You give me a challenge, I like odds being stacked against me but knowing I have the ability to go out there and do it. My confidence is oozing at this moment. We’re back to a clean slate (in points).

“We just really have some good tracks ahead of us.”

Ten of Hamlin’s 29 career wins in the Cup series have come in the four tracks left on the schedule – Martinsville, Texas, Phoenix and Homestead-Miami. His five wins at Martinsville are the most for him at any track.

“I got my best track ahead of us and there is no reason we can’t be racing for a championship at Homestead,” he said.

No friends at the front

Hamlin said he was OK with his teammates’ plan to run in the back and he was made aware of it prior to the race.

“They had to do what they had to go to get in,” he said. “You can’t sacrifice those three cars to get the last one in. You got in your hand three Aces, you can’t gamble to get the fourth and risk it.

“I knew I was going to be out there alone, but I found the guys that I could work with, stuck with them and it all worked out.”

In the postrace press conference in the media center, second-place finisher Brian Scott thanked Hamlin for working with him late in the race.

Said Hamlin: “You were my only teammate today.”