Gilliland wants to 'finish it off' at Talladega 499 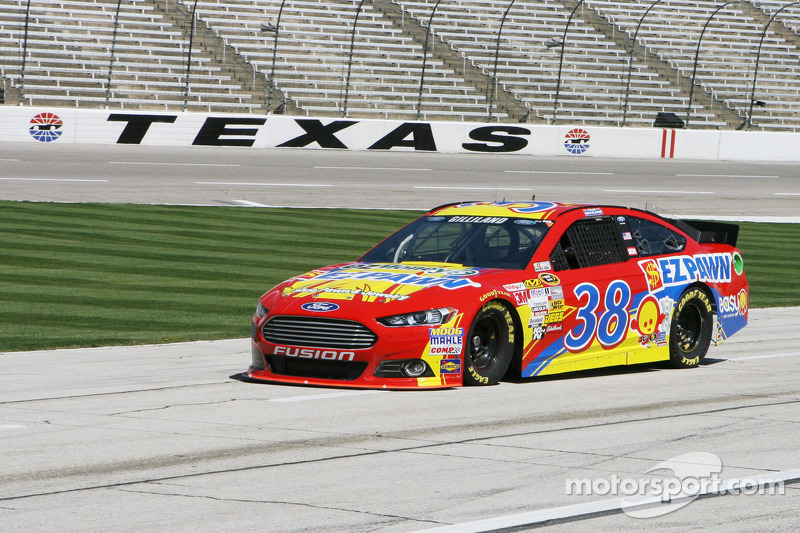 STATESVILLE, N.C. (May 1, 2013) - David Gilliland had a fast Love's Travel Stops Ford at Daytona International Speedway in February, but "The Big One" kept him from showing what he and his car were capable of. The driver of the No. 38 Ford Fusion now wants to finish what he started with his Love's car when the Sprint Cup Series goes to Talladega (Ala.) Superspeedway for Sunday's Aaron's 499.

Gilliland had posted the second-fastest speed in Daytona 500 final practice that weekend, and then got knocked out of the big race in a Lap 138 chain-reaction pile-up. The team heads to the series' second restrictor-plate race with just as much confidence as they showed in the season-opening weekend. 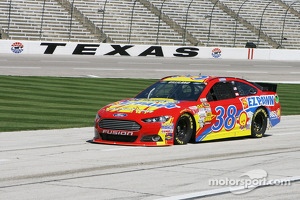 The black, red and yellow paint scheme of Love's Travel Stops will be back for its third race with Front Row Motorsports, promoting the MyLoveRewards loyalty program. The travel center company is family-owned and operated with more than 290 locations in 39 states and is currently ranked No. 9 on Forbes' list of America's Largest Private Companies.

Gilliland has earned one top-five and two top-10 finishes and one pole position in his 11 Sprint Cup starts at the 2.66-mile Talladega Superspeedway. His best finish was fourth in 2007.

"We're really ready to go speedway racing again. We kind of got cheated in Daytona when all three of our Front Row Motorsports cars were wiped out in the same accident. That was a tough one to swallow. We all had good speed there. We were all happy with our speed and the way they drove and everything else. I think Talladega's going to be no different. Hopefully the biggest difference coming out of there is the finish.

"I have a lot of confidence going there. Speedway racing as a whole has been a strong point for Front Row Motorsports across the board and I feel Talladega is going to be no different. We've got Love's Travel Stops coming back on board and we're exciting to have them back on our No. 38 Ford Fusion. We had a great SpeedWeeks down in Daytona but we didn't get Love's the finish we were capable of, but hopefully we can finish it off down in Talladega.

"Front Row Motorsports is definitely capable of big things at these plate races. With the restrictor plates, the style of racing, the box that NASCAR has all the teams in as far as shock and spring rules, it definitely levels out the playing field for us and gets us a little bit closer. We finished third in the Daytona 500 a couple years ago so there's no reason why we couldn't be in Victory Lane this weekend."

A win for Danica this weekend at Talladega?