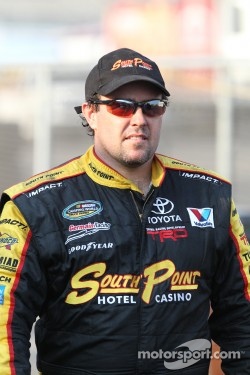 Leading the effort for the No. 33 team will be veteran crew chief Gil Martin, RCR's Nationwide Series program team manager. Martin has been at RCR since 2000 and has served as crew chief for Kevin Harvick, Clint Bowyer, Casey Mears, Kerry Earnhardt and Robby Gordon. He is one of a select few crew chiefs to win races in NASCAR's Sprint Cup, Nationwide and Camping World Truck Series.

"We're excited about Brendan running a limited schedule of NASCAR Sprint Cup Series races for RCR this season in addition to his Nationwide and Camping World Truck Series schedule," said Richard Childress, president and CEO of Richard Childress Racing. "Brendan has a full season of racing in the Sprint Cup Series and a few top-10 finishes under his belt with when he and Shane (Wilson) teamed up together a few years ago. This season he'll be competing at some of his favorite tracks with Gil calling the shots so we think he has a great chance for some strong finishes in the No. 33 South Point Chevrolet."

All future series fines to be made public