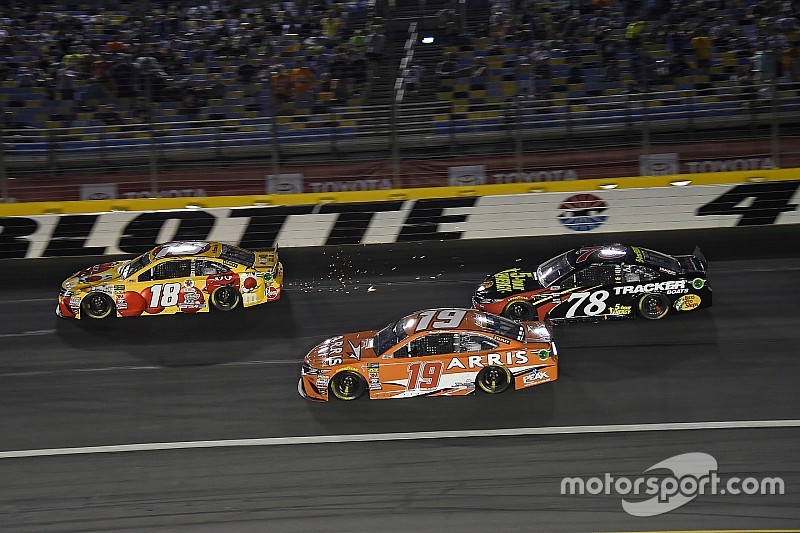 After the conclusion of the 2018 season, Truex will move to JGR along with his current crew chief, Cole Pearn, and one of the sponsors currently on his Furniture Row Racing No. 78 Toyota team – Bass Pro Shops, multiple sources confirmed to Motorsport.com.

Truex, 38, has already been a pseudo-member of the JGR organization as FRR has been operating with a technical alliance with JGR in recent seasons.

On Tuesday, Furniture Row announced it was ceasing operations at the conclusion of the 2018 season, citing in part the loss of sponsor 5-Hour Energy and the “the rising costs of continuing a team alliance with Joe Gibbs Racing.”

Sources familiar with the Truex deal told Motorsport.com it was already in place by the time of Furniture Row’s official announcement on Tuesday.

Truex’s move to the main JGR organization also means Daniel Suarez, currently the driver of JGR’s No. 19 Toyota, will not drive for one of JGR’s four Cup series teams next season, sources said.

Suarez’s future, and that of his current sponsor, Arris, remains uncertain.

Team officials from both JGR and Furniture Row Racing declined comment to Motorsport.com.

Truex is in his fifth fulltime season with FRR and has won all but two of his 19 career Cup wins with the organization. He has not finished worse than fourth in the season standings in three of the last four seasons.

This season, Truex already has four wins, 15 top-five finishes in 25 races and has won four poles. He is currently third in the series standings entering Sunday’s regular-season finale at Indianapolis Motor Speedway.

Suarez was moved up from the Xfinity Series, where he won the series title in 2016, to JGR’s No. 19 last year because of the unexpected retirement of the team’s former driver, Carl Edwards, after the 2016 season.

In 61 Cup series starts, Suarez, 26, has four top-five and 18 top-10 finishes and one pole. His career best finish is second, which came at last month’s race at Pocono Raceway. He is currently 20th in the series standings.

Furniture Row Racing to cease operations due to lack of funding