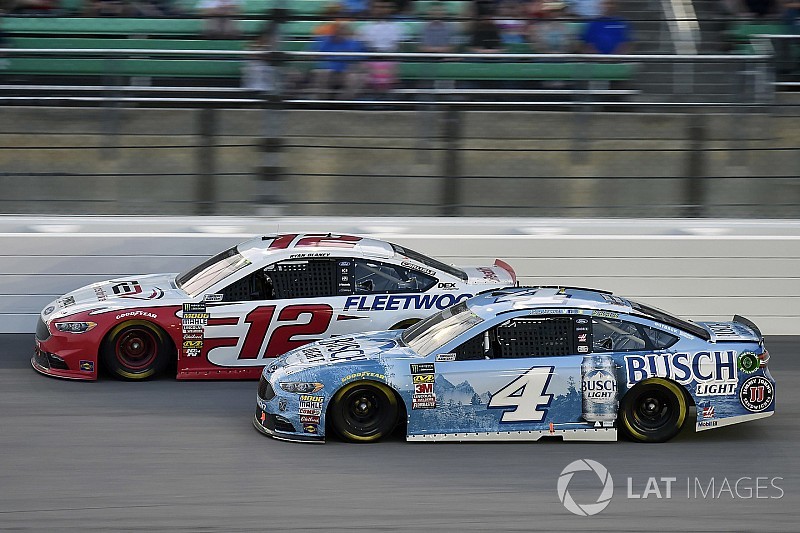 Ford says it could now match the two-year new car cycle that rival manufacturer Toyota has employed successfully in the NASCAR Cup series.

The Blue Oval will bring the Mustang to the series in 2019, while Toyota has traditionally committed to aggressive development of its Camry every two years, helping it win back-to-back constructors titles having dethroned Chevrolet.

Ford added Stewart-Haas Racing to its stable of teams in 2017 and has invested in cutting-edge analytical tools, an improved windtunnel, and made key hires such as former Red Bull aero specialist Tommy Joseph.

Ford Performance’s global director Mark Rushbrook told Autosport/Motorsport.com that Ford now believes it has the resources to match Toyota’s cycle if it believes it needs to.

“To be candid we didn’t have all the right things in place, including people like Tommy Joseph, our tools, that we weren’t prepared to do a new body at the level that we wanted every two years,” he said.

“I think now we are. We’re not committed to when we’re going to do the next body yet, but we’re in a position now where we can constantly be working on new bodies and improvements.

“We’ll look at the right time, we may see the new Mustang being content with everything and say let’s race that for three or four years, or we may say ‘no we’re seeing some opportunities for improvement’ and go and look at doing something sooner.”

Rushbrook adds that Ford’s production car strategy will help the development of the Mustang because it has committed to a litany of variants that can be incorporated into the Cup car.

“Another advantage of the Mustang is that the way the rules are you can’t just make changes to make changes, they have to be tied to changes on the road car,” said Rushbrook.

“From a base Mustang to the 2.3 EcoBoost Mustang, the GT, the GT350, other variants that are always coming, there’s more opportunity to do Cup cars for NASCAR because of the very frequent changes on the road car for Mustang.”

Kyle Larson's tough night at Kansas may yet get worse