Five drivers looking for luck at the Monster Mile this weekend 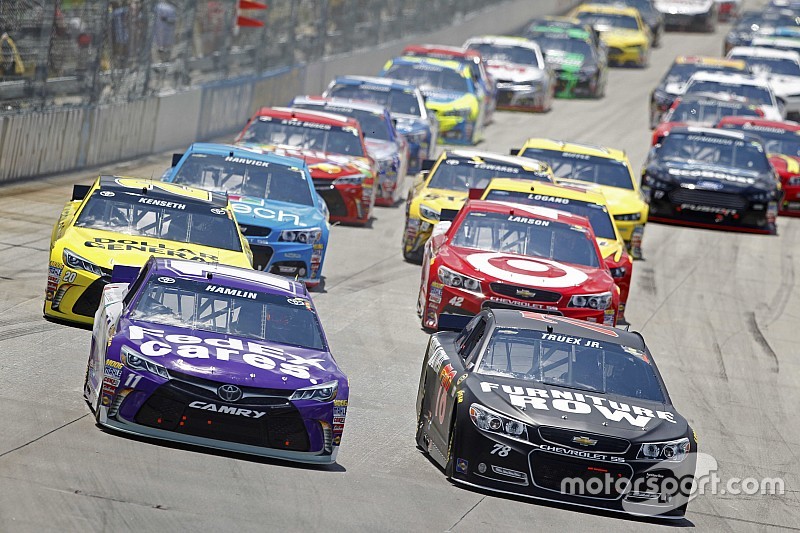 Entering Dover International speedway, some drivers didn’t need to be reminded it was Friday the 13th. There are plenty of competitive Sprint Cup teams that have already endured their share of bad luck this season.

Friday was no exception. Before the five-minute in first practice, a rear gear failed on Danica Patrick car and teammate Tony Stewart slid through the grease then plowed into the wall.

Stewart was able to complete a couple of laps in a backup car before the session ended. But after missing the first eight races of the season following a pre-season injury, the three-time champion desperately needs a win — along with battling his way back into the top 30 in the standings — to have a shot at the Chase for the Sprint Cup in his NASCAR finale.

Stewart is currently 37th in points. However, Dover has been one of his better tracks. Although Jimmie Johnson leads all drivers with 10 victories at DIS, Stewart has three wins of his own. Still, he admits the Monster Mile lives up to its name.

“I think it is the most appropriate name,” Stewart said. “You win there and you feel like you’ve conquered a monster. That racetrack can be your best friend or the track itself can be your worst enemy. When it’s going well and your car is driving well, it’s a blast.

“If your car isn’t right, even off a little bit, it’s a miserably long day there. That’s why it’s gratifying. That’s why, when you get that big trophy with that monster and they set your diecast car in his hand, you know you did something that week.”

Last week wasn’t the first time Truex led 172 laps at Kansas and failed to win the race. He led 173 at the track in 2012 and finished second. In the past, a blow of that magnitude would have had a lingering effect. But running well lessens the sting. “It’s definitely easier when you’re running good and you feel like every time you show up at the race track there’s an opportunity,” Truex said. “You can get up there and lead some laps and have a shot at winning. It definitely helps.” And with the tour rolling into Dover — the site of his first career win (2007) — he’s optimistic the No. 78 Furniture Row Chevy can duplicate the feat on Sunday.  Since joining the team in 2014, Truex has earned three top 10s at the track and hasn’t finished worse than 11th.

Joey Logano — Before the season began, Logano was one of the favorites to win the title. And while it’s a long way to the season finale at Homestead-Miami Speedway, Dover marks Race 12 and Logano is sans win. Never in his Cup career has Logano posted consecutive DNFs — let alone crashed out of races two weeks in a row. “We’re still the same team,” insists Logano. “When I look at the last couple of weeks that is just racing. The way I look at things like that is, where were you running before that happened and how were you running in that race…We have some good race tracks coming up for us. I feel like all of them are good for us at this point. We want to break through and get that win but if you look at the consistency in our team it is still there. Although Logano has never won at Dover, since his memorable wreck here in 2009, he’s finished 11th or better in 10 of his last 12 starts. He’ll start 22nd on Sunday.

Kenseth earned his first top-five of the season last week at Kansas Speedway. Currently, his average finish of 17.5 is the worst he’s experience since 2001(18.6). As part of the Joe Gibbs Racing stable, Kenseth isn’t concerned about his mediocre results. “It’s been about a year now where I feel our performance has been as good our better than anybody in the industry — right now,” Kenseth said on SiriusXM NASCAR Radio. “We’ve had good cars this year at the 20. We’ve had cars good enough that if everything went right, to maybe win a few races…other times, we haven’t been the dominant car, but a top five car. It always feels good to have the finish to go with it.” Dover has always been a solid track for the former Cup champ, who made his debut here in 1998 substituting for Bill Elliott. Kenseth finished sixth. His first of two Dover wins came in 2006.

Dale Earnhardt Jr. — Earnhardt is used to earning max points at restrictor plate tracks. That hasn’t been the case in 2016 where the driver of the No. 88 has posted DNFs at both Daytona and Talladega. Currently, Earnhardt is ninth in the standings with an average finish of 13.5. Take his restrictor plate results out of the equation and Earnhardt’s  average is eighth. “We had some issues last week at Kansas, but we will work hard to fix those before the next one,” said Earnhardt, who finished 15th. “We feel like we’ve got a good enough team to do that. This sport cycles around, and I never lose faith that Hendrick Motorsports will find the speed we need. I’m ready for Dover.” Earnhardt is still looking for his first win in 2016. His sole victory at Dover came in 2001. However, in the last three years, the No. 88 Chevy two top fives and four top-10 finishes.

Larson appeared destined for his second top-five finish of the season last week at Kansas. He qualified 18th and moved up in the top five by Lap 75. Larson remained with the front pack through the rest of the race and was running second when he was collected in the Denny Hamlin wreck on Lap 241. “You never know how it would have shaken out,” Larson told motorsport.com. “We took two tires, Kyle (Busch, winner) had stayed out. Yeah, we haven’t had much luck at all. It’s been frustrating but what’s nice is we finally showed speed on a mile-and-a-half. We still need to be better to contend for wins — especially at tracks with worn out surfaces. But I’m proud of everybody at the shop because we did bring a much better car.” Larson isn’t just looking for the first win of the season, he’s looking for the first victory of his career. The driver of the No. 42 Target Chevy will make his 87th start at Dover on Sunday — which statistically is his second best track on the tour. In four starts, he’s finished third, sixth, ninth and 11th.

McMurray still sore after crash: "It will be a challenge tomorrow"