Fit for a King - RPM comes through for the Daytona 500 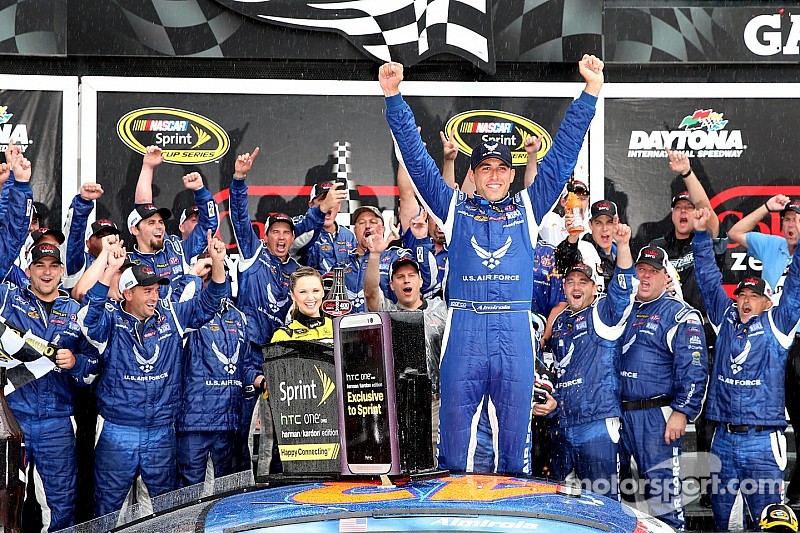 Andy Murstein is insuring that 10 race fans will have a very happy new year indeed.

The majority owner of Richard Petty Motorsports, who was a guest on SiriusXM NASCAR Radio, dropped a bombshell in the middle of his interview on Friday.

While describing a previous meeting between himself, the King and Johanna Long, Murstein changed gears and offered listeners the opportunity to be the guests of Richard Petty Motorsports for the Daytona 500.

“I would like to invite a couple of your listeners to attend the race with me and the King at Daytona,” Murstein said. “So anyone that’s interested and listening, send me an email, it’s ‘amurstein@medallion.com’. I’d like to invite the first 10 or so people that respond. If you could just tell me a little about yourself and why you would like to attend the race, it would be my honor to have you come and join us at Daytona and join the King and I at the race.

Before midnight, more than 200 fans had responded.

Getting to know you

Murstein’s family started in the taxi medallion business in the 1930s and has “always had a love for all things automotive”. Five years ago, Murstein had “a sports fund”, looked at acquiring a franchise and “stumbled upon NASCAR”. He and his then partner Doug Bergeron invested in Richard Petty Motorsports, which at the time was on the verge of extinction.

Once I started getting a feel for it, it gets into your blood and it never leaves you.

“As a New Yorker, it wasn’t first at the forefront of the sports world, but the more I learned about it, the more I really loved it,” Murstein said. “I think it’s good from two perspectives. One is from the fans’ interest, there’s nothing better. Once I started getting a feel for it, it gets into your blood and it never leaves you. It’s just a terrific experience, either to go with your wife and your family to go out to the track and enjoy the day.

“But it’s also very different from other sports from a business perspective and the fans don’t usually see that side of it. I’d like to think that I crossed the border and I’m not just a fan but a good business person – at least I try to be – and it’s a great business model, NASCAR.

“You have one driver and these drivers are superior athletes. They’re not like athletes I’ve met from other sports. They’re not prima donnas. They’re not out to create any ill will for the fans. They’re very respectful of the fans. They like talking to the fans and Richard kind of exemplifies that more than anybody. He never shies away from an interview or signing someone’s card after a race. And it’s really a great fit for us at Medallion Financial.”

Murstein acknowledges RPM was in dire straits when he first purchased the team. While he can laugh about it now, he remembers a phone calls from the team insisting “if we don’t have money by Thursday the cars won’t be at the track.”

Although the organization scaled down from four to two full-time Cup teams and a XFINITY Series squad, RPM is back on solid ground.

“This team has come a long way since that point,” Murstein said. “I told them they will never have to worry about money. We’ll always be there to financially support them. It was like a cloud lifted over their heads and moved on.

“They’ve always had a love for the sport at RPM, but business and sports go hand in hand…Richard takes care of the racing side and I like to think I take care of the financial side of the team.”

Since Murstein came on board before the 2012 season, the company won two Cup races, first with Marcos Ambrose at Watkins Glen and last July with Aric Almirola at July. In 2014, RPM qualified for its first Chase to the Sprint Cup with Almirola and the No. 43 Ford. With each of those milestones, Murstein recognized the additional sense of pride employees at RPM gained along the way.

After the season finale, Murstein bought out Bergeron’s share. RPM also moved into a larger race shop in Mooresville, N.C.

It’s his hope to expand the operation to four Cup teams in the future, including a ride for a minority driver. Although Darrell Wallace Jr. recently signed a XFINITY deal with Roush Fenway Racing, Murstein acknowledged that Bubba is on his short list. He also spoke with Johanna Long a couple of years ago and wasn’t joking when he initially targeted Danica Patrick for the team.

“I’d like to break the mold and move the sport into the next decade to me that probably means bringing in a minority driver. There’s nobody that we have our eye on today, but that would be a goal for me and probably the organization.”

As for his current lineup, Murstein believes Almirola will come back stronger in 2015 after getting a taste of the Chase. He also feels that the No. 9 team “is off to a good start with the chemistry developing” between Ambrose's replacement, Sam Hornish Jr., and his crew chief Drew Blickensderfer.

Murstein is also enamored with prospect Corey LaJoie, who remains under contract to the team.

“We’d love to get him in a car,” Murstein said. “Corey, I think, could be as good if not better than Kyle Larson. I know those are big words but I also believe he could be as good if not better than Chase Elliott, which are also strong words. Those are two super drivers that are going to have long careers but he constantly outperformed them when he was in some of the junior circuits, racing against them. He just hasn’t gotten the break yet to show the world how good he is compared to those two.

“We don’t have any sponsors lined up for him yet. If worse comes to worse, I’ll probably do what I did last year which is I’ll just sponsor the car myself a couple of races and put Medallion Financial on the car. It would be a waste if he doesn’t have that opportunity.”

As for New Year’s resolutions, Murstein would ultimately like to turn RPM into “a top tier team”. While he’s pragmatic enough to know it won’t happen overnight, Murstein believes the organization has the resources to make it to the next level.

“If you think about it, no one is more deserving to be at the top of the sport than the King,” Murstein said. “So our goal is two have two teams in the Chase this year. As you know we got one last year and that was a big step for us.

“And I think we can do it this year. We have a great group of people and we’re putting some more capital into the team and everyone is really focused on getting two teams into the Chase.”

As for the Daytona “offer”, if spending time with the King wasn’t enough, Murstein upped the ante with transportation to Daytona.

“We’ll either fly you with the team if there’s spots from Charlotte or if you’re coming from another part of the country we’ll pay for your air fare to get there,” Murstein added. “We’ll give you hot passes, a tour of the garage, meet the drivers, then you’ll sit with the King and I during the race.

“No expenses spared here. Fans are a big part of the sport. That’s just a little something we’d like to give back to them.”

Up for the challenge