Fifth title or not, Jeff Gordon leaves NASCAR a champion 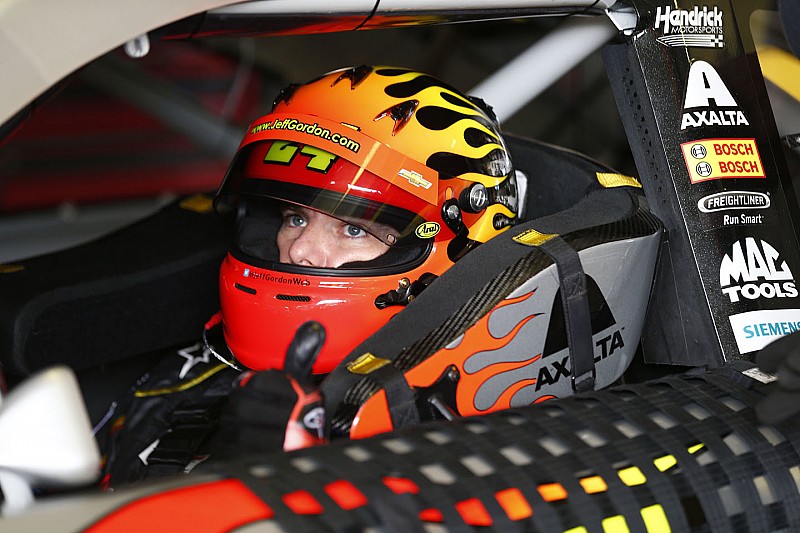 The tributes and accolades for Jeff Gordon have been pouring in ever since he first announced in January that the 2015 NASCAR season would be his last as a fulltime competitor in the Sprint Cup Series.

Numerous times this season, Gordon has said “all he ever wanted to be was a race car driver.”

Without question, he accomplished that goal and along the way amassed a series of statistics that anyone – even six-time series champion Jimmie Johnson – will be hard-pressed to surpass.

Gordon has four championships of his own, but the most recent one came in 2001 and he has a chance to wrap up his final NASCAR season with the opportunity to win that elusive fifth title.

Title or not, Gordon has left an indelible mark on NASCAR

There has been a lot of talk of how a fifth championship could cement Gordon’s legacy in NASCAR, but that could not be further from the truth, in my opinion.

His legacy is already well entrenched because it involves something a lot bigger and long-lasting than trophies.

Gordon helped take NASCAR to places it had never been before and lofted it into the sightline of mainstream America sports.

For decades, many of NASCAR’s most successful drivers earned their Cup series rides and accumulated much of their success when they were in the mid-30s. Gordon rolled into NASCAR’s premier series at age 21 and won his first championship at the ripe old-age of 23.

Gordon’s early success drew the ire of some of competitors and their fans but it also helped build NASCAR into a sports property that could expand beyond its Southern roots. His charming personality and boyish good looks were welcomed on national TV shows, showcasing NASCAR on stages it had never before been able to establish a strong foothold.

As the year have passed, Gordon’s championships have become less frequent but his competitiveness has never wavered. Even as many of the “next Jeff Gordons” have come and gone in NASCAR, the original has remained a stalwart of the sport he helped build.

In recent years, Gordon’s voice – he has never been shy in speaking his mind – has grown louder and with more conviction as he took on a role as the sport’s elder statesman.

Always, though, Gordon has had little trouble remaining a constant example of success with grace.

At one point during a media availability on Friday while discussing everything that has been building to this weekend, Gordon said, “How could I not be having the time of my life?”

Indeed, how could he not?

Nothing that transpires on Sunday will take away from that, nor should it.

He has given everything of himself – and more – to this sport and received back in return arguably more than any other competitor that came before him. As well he should.

I, for one, hope Gordon spends every available moment soaking in every memory from his final day behind the wheel of the No. 24. Yes, he’s a competitor and he wants to go out a winner.

But we all know, whether he finishes first or 43rd on Sunday, he already is and always will be.

Title contender Truex is used to beating the odds