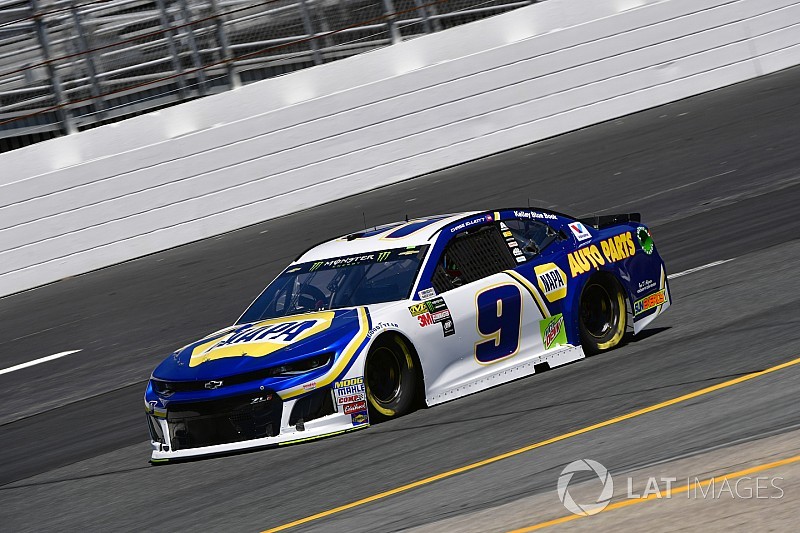 Chase Elliott got past Martin Truex Jr. and held off Kurt Busch to claim the Stage 2 victory at New Hampshire Motor Speedway, his first stage win of the 2018 season.

Following the break between Stages 1 and 2, all of the lead-lap cars elected to pit and Truex was the first off pit road and continued to lead when Stage 2 went green on Lap 82.

Kyle Larson had to make a second pit stop in order to correct a loose lug nut and restarted at the rear of the field. Ty Dillon had to make a pass-thru penalty for a restart violation.

With 50 laps remaining in the stage, Truex had moved out to a 1.3-second lead over Elliott. They were followed by Kyle Busch, Kurt Busch and Harvick.

With 40 laps left in the stage, Kurt Busch had moved up into the third position, Harvick to fourth and Kyle Busch had dropped to fifth.

“We suck,” Kyle Busch said over his team radio after reciting a litany of issues with his No. 18 Toyota to his crew chief, Adam Stevens.

Elliott cut Truex’s margin to under a second with 30 laps remaining in the stage with Kurt Busch staying close behind in third.

After a four-wide move to get past lapped traffic, Elliott powered past Truex on Lap 132 to take the lead for the first time in the race.

With 15 laps remaining in the stage, Kurt Busch had moved up into the runner-up position as Truex dropped into third.

“Just lost entry and center,” Truex said over his radio.