Following his victory Sunday at Road America, Chase Elliott made certain he savored the moment and NASCAR should, too.

Elliott had secured a win earlier this season, but it was a rain-shortened event at the Circuit of the Americas – not exactly the best circumstances under which to celebrate.

Sunday, however, in front of the largest crowd in the history of the iconic road course, Elliott pulled of a suspenseful burnout on the frontstretch in tight quarters then did another after his TV interview in Turn 5 with fans screaming for another.

The sport’s most popular driver whipping the fanbase into a frenzy seemed a fitting end to a tremendous weekend at Road America and the track’s first NASCAR Cup Series race in 65 years. 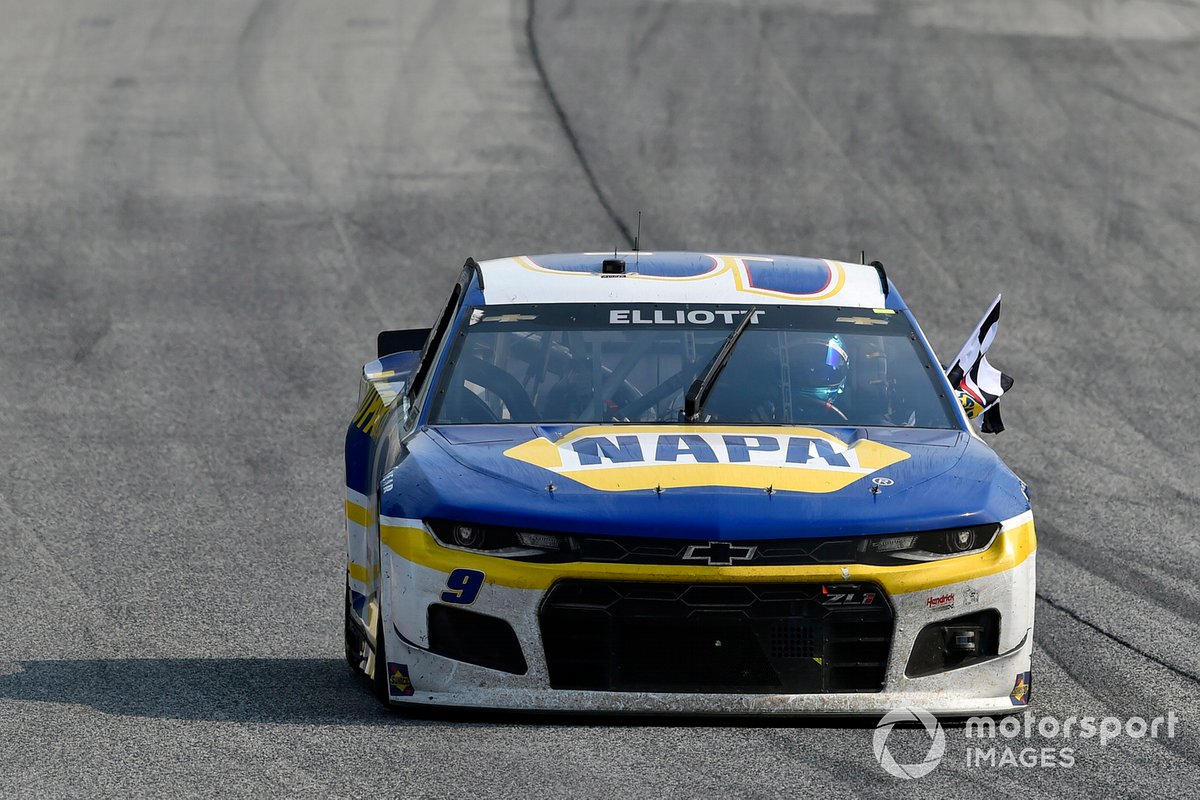 “I got down there in (Turn5) for the interview, literally that place was packed. All these people are chanting 'burnout' at me. I wasn’t going to say no. So, I did,” Elliott said. “Blew the back tires off of it, then ran out of gas, had to have a push.

“The road to that first win (in 2018), the lessons learned along the way, one of them is you have to enjoy these moments. They’re way too hard to get. You don’t know if or when you’ll ever get another one.

“If the fans want a burnout, I’m going to give them a burnout. That’s what it’s going to be. We’ll take the extra time going down the road.”

Given the success of the weekend, NASCAR should also enjoy the moment.

So far this season, NASCAR’s willingness to shake up its Cup schedule in 2021 has paid big dividends and its four new races held so far – at the Bristol Dirt Track, COTA, Nashville Superspeedway and now Road America – have been received very favorably.

After seeing the record crowds, electric atmosphere and stellar on-track competition over the weekend, there are likely many left wondering why it took so long to bring a Cup race back to Road America.

More than anything this year, it has become clear NASCAR is being rewarded for trying new things.

It shouldn’t be a surprise as the Cup schedule had become all-too predictable over the last decade and even the addition of new tracks like Kansas, Chicagoland and Kentucky tapped new markets but did little to add to the racing product.

Every schedule idea is not going to be as successful as a COTA, Nashville or Road America and that’s to be expected, too.

There are still some fans complaining NASCAR abandoned its long tradition of competing at Daytona on July 4 weekend.

Even before the COVID-19 pandemic, professional sports was having difficulty finding ways to attract viewers not only to a TV broadcast, but more importantly, to attend events in person.

Fans’ time is valuable and they want a payoff comparable to their financial investment. They also expect to have the same amenities they enjoy at home (working cell service, wireless, etc.) when then attend sporting events.

These issues as well as attracting new fans and its commitment to inclusion and diversity are all being addressed by NASCAR. They aren’t new, but perhaps NASCAR’s engagement seems a little more authentic.

This past weekend we saw NASCAR at its best – providing a fun and entertaining sports product in a dynamic environment.

Like Elliott said, enjoy the moment NASCAR – they don’t come around that often.

Atlanta Motor Speedway to reconfigure banking and be repaved

Bowyer on NASCAR versus F1 in the US Bowyer: NASCAR better than "anything F1 brings to the U.S."