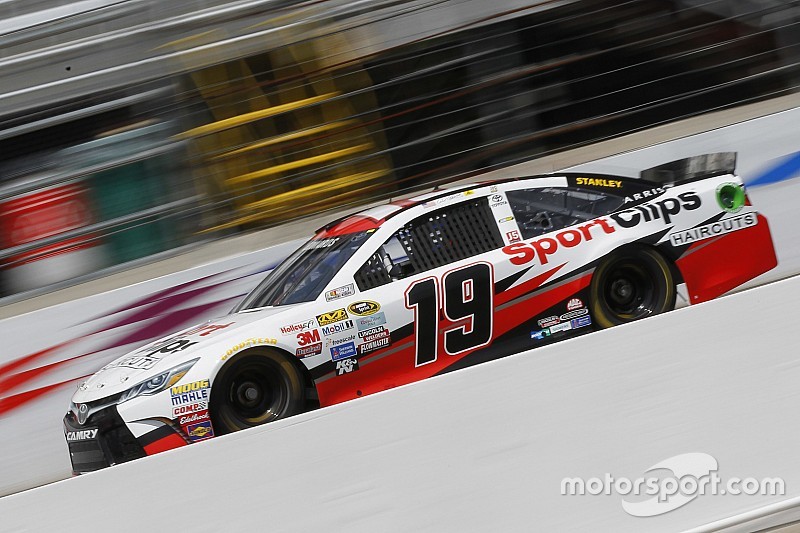 Joe Gibbs Racing continues to impress this weekend, leading the charge in the final practice session of the weekend.

Edwards was once again the fastest among those who ran ten consecutive laps. "Real good practice guys," said the driver of the No. 19.

"The 19 looked like he was running us down a little bit, but not bad," radioed Blaney.

JGR teammates Kyle Busch and Denny Hamlin rounded out the top five. Jeff Gordon returned to the track after repairs to the right rear of his car, sustained when he and Clint Bowyer made contact in the garage. He was 22nd, the slowest of the four Hendrick entries (Crash Video).

"The whole weekend hasn't gone very well so far," admitted the 3x New Hampshire race winner. "I'm not going to say it can't get worse because I know it can."

Martin Truex Jr. was 14th once again and told his team, "Wadded up the left front won't roll. Tight off 4, snappy off 2."

Brad Keselowski ran the most laps at 50. At the 40 minute mark, the session was halted due to rain and never resumed.

Bowyer and Gordon collide ... In the garage

Kyle Busch is a lock for the playoffs