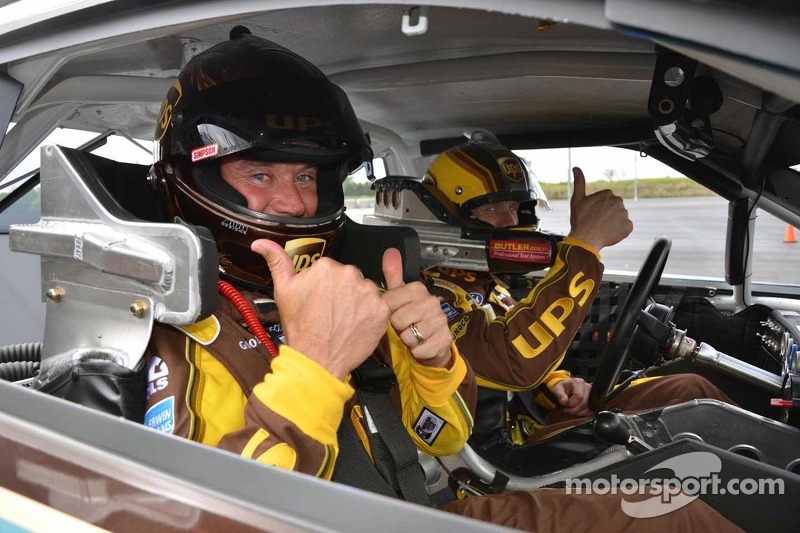 PGA Golfer, Westwood, took the wheel of the No. 99 UPS Ford while Edwards received golfing tips from the Former No. 1 Golfer in the world

Edwards provided NASCAR driving tips to Westwood as the two athletes took laps around a road course set up next to zMax Dragway. After riding along as a passenger in a two-seater UPS NASCAR stock car, Westwood got behind the wheel of the No. 99 UPS Ford Fusion and successfully completed his stint in the driver’s seat including a victory burnout.

“I obviously find driving a golf ball much easier than driving a stock car. When you’re out of your element you find things difficult and it’s interesting to see what it takes to be successful in another sport,” said Westwood. “I had a great time in the car and Carl’s obviously a great driver. It was great to be out at the track with UPS and I’m looking forward to getting out to a race and seeing Carl compete.” 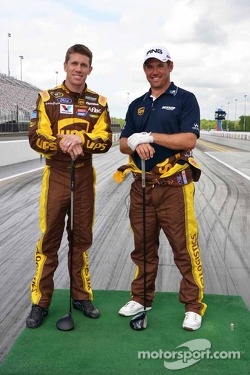 In the spirit of reversing roles, Westwood provided Carl Edwards his own driving tips as the two drivers took tee shots from the starting line of the drag strip.

“Getting tips from one of the top golfers in the world was a great experience for me and it was awesome to meet a fellow UPS ambassador,” said Edwards. “In the car, he had really good throttle control. It was awesome because I’m not a very good passenger and my heart rate was racing on that first lap, but he did a good job.”

“Having Lee in Charlotte for the PGA tournament was the perfect opportunity for UPS to bring together two of our ambassadors in an exciting way,” said Andy McGowan, UPS director of public relations. “Lee came to us and said he wanted to drive a stock car and Carl helped deliver driving tips to him that resulted in a successful run for Lee in the No. 99 UPS Ford. They are both top athletes in their respective sports and UPS is proud to be a part of their success both on the track and on the course.”

Edwards heads to Talladega Superspeedway this weekend sitting second in points while Westwood currently ranks No. 12 in the world will remain in Charlotte for the Wells Fargo Championship.