Drivers to watch in NASCAR's second Daytona Cup race of 2017 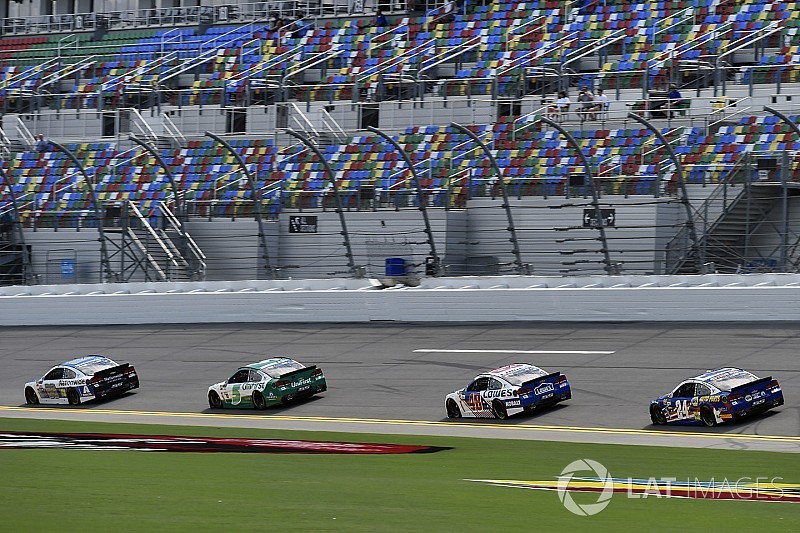 Six years after his stunning upset in the 2011 Daytona 500, Trevor Bayne is still searching for his second win.

In his first Monster Energy Cup start at the track — and just his second-career start overall — Bayne drove the venerable No. 21 Wood Brothers Ford to Victory Lane.

Bayne hopes to recapture a little of that magic this weekend in the Coke Zero 400.

“Daytona is good for me, but the situation that we’re in this year — with people winning behind us in the points or around us in the points — we’ve been racing, trying to get those last few spots in the Chase,” Bayne said. “That changes the mindset for us, especially at a place like Daytona. We know that we have to win to get into the Chase at this point.

“(Crew chief) Matt Puccia and I talk about that a lot, we talk about how are strategy is, there’s no points involved. You just go for it every weekend. If it doesn’t work out, you move onto the next one. If it does, then that’s what we’re after.”

Bayne has run in the Playoff Zone for the first 12 races of the season. In the last four events, finishes of 17th or worse has have knocked him back to 18th in the standings. But since moving into the No. 6 Roush Fenway Racing Ford, he’s averaged a sixth-place finish at Daytona in the July race and finished 10th in this year’s Daytona 500.

With 10 races to decide the 2017 Playoff Field, Daytona is a track where Bayne is confident he can win.

“Or you could go home on a wrecker like we did at Talladega a few weeks back,” Bayne says with a smile. “That’s kind of the tough part. The good part is we’re not worried about points right now. I can go out there and lay it all on the line — like I could do in the 21 car when I ran a part-time schedule.

“Speedway races, I may have a reputation for being a little erratic and wild, but that’s because I had no points on the line. You go out there to win. If you wreck, you wreck. If you win, you win. Obviously, I want to be there at the end of the race. Daytona is all about making it to the end and timing yourself to be there in the first couple of rows for the green-white-checker which we always have. I’m excited to be there. I think Daytona will be good for us.”

Bayne will have to battle several fellow Daytona 500 winners — also sans victories in 2017 — on Sunday night.

Here’s how his competition stacks up:

Dale Earnhardt Jr. — The fan favorite will start from the pole for the Coke Zero 400. In 35 starts at DIS, Earnhardt has two wins in both the Daytona 500 and the 400. He’s led 601 laps — the most among current drivers. He was also fastest in Happy Hour. The driver of the No. 88 feels that a win for him is a win for the family’s legacy. Don’t be surprised if he finds Victory Lane this weekend.

Denny Hamlin — Hamlin has just one win at Daytona — last year’s 500. In 23 starts, Hamlin has posted six top fives and seven top 10s — including five in his last seven starts. Hamlin has led 369 laps and like his Joe Gibbs Racing teammates is looking for his first win of the season. His average finish of 17.1 is second-best among these six drivers.

Jamie McMurray — McMurray has wins in both Daytona Cup races — most recently the 500 when he reunited with Chip Ganassi in 2010. But he’s only led 52 laps in 29 starts. Although McMurray has been overshadowed by his teammate Kyle Larson this season, he also benefits from solid equipment at the moment and could easily find Victory Lane again.

Joey Logano — Yes, Logano has won this season — but it’s tainted due to failing post-race inspection. Logano started clicking on restrictor plate tracks in his third season at JGR. But once he moved to Team Penske, Logano won the Daytona 500 two years later. In his last five starts on the 2.5-mile track, he’s posted two top fives and four top 10 finishes. His career average finish is 16.2.