Drivers lash out at NASCAR for controversial qualifying format 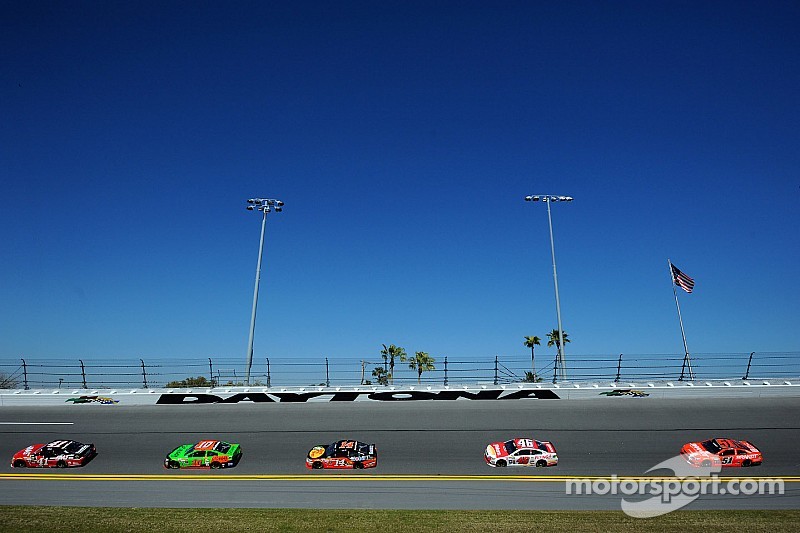 Many drivers are upset with the new way the pole is decided for NASCAR's Daytona 500.

Drivers have given their take on the new group qualifying format for the Daytona 500, the first time we've utilized something other than single-car runs on pole day in the history of the sport. Adjectives used to describe the new rules ranged from 'pathetic' to 'idiotic,' 'stupid,' and 'mayhem.'

The following are a just a handful of the comments from the contingent of drivers opposed to the alterations...

Just extremely disapointed in NASCAR for putting us in this situation and you got guys who are desperate, you can't blame them. He did a bonehead move trying to stick it back in line there. These guys worked for six months on these cars and now we destroy them for no reason. By the way, we're not even in the dance yet so yeah, I'm pretty pissed off."

"It's idiotic ... There's no sense in being able to put on some cute show for whatever the hell this is."

"Today use to be about showcasing the hard work from the teams over the winter. Now it a complete embarrassment for our series." Responding to Kenny Wallace comments, "That's not a show, it's a joke and you know it."

"The frustrating part is dealing with this whole system which makes no sense whatsoever. It's hard to stand behind NASCAR when everybody I talk to up and down pit road doesn't understand why we're doing this. Maybe I need to be sat down and educated a little bit."

"Excited about Thursday's races our car is extremely fast! Sucks that 56 years of tradition at Daytona where fast cars ruled had ended."

"We got to find a better system. So much hard work goes into these cars, then you have this roulette wheel for qualifying."

"I guess this is how it is supposed to be. I don't think exactly this is the way it needs to be." So what does Labonte suggest we do? "Not that..."

"I like this qualifying format for the non-plate racetracks. I believe in tradition for the Daytona 500."

CLICK to read Nick DeGroot's take on the change, which he wrote prior to qualifying taking place.