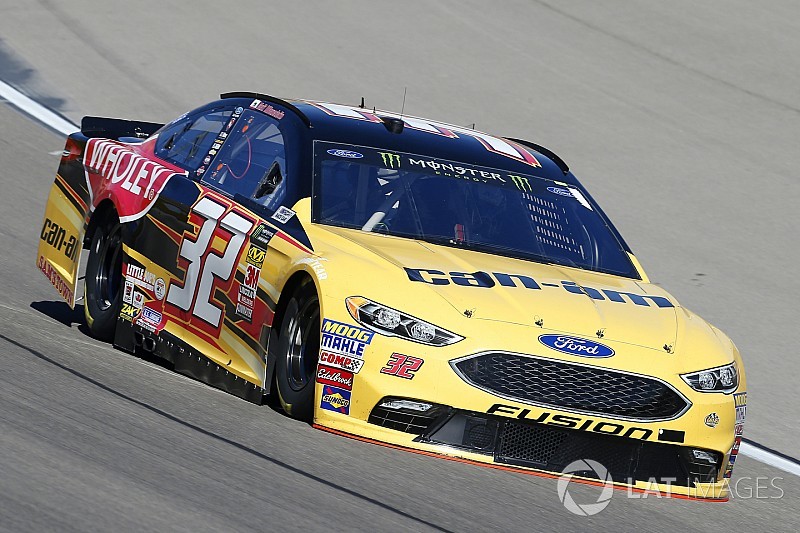 Matt DiBenedetto will compete in the NASCAR Cup series' race at Phoenix with support from Denny Hamlin, Kevin Harvick and Darrell Waltrip, who all offered donations for the No. 32 team.

DiBenedetto had taken to social media earlier this week to reveal a major sponsor exit had meant the team would have to pay out of pocket for Phoenix, prompting Joe Gibbs Racing's Hamlin to pledge $5,000.

That was then followed by two donations of $5,000 from three-time Cup champion Waltrip and Harvick's KHI Management.

DiBenedetto says it has been a "crazy week" since the video was posted.

"ISM Raceway is definitely one of my favourite racetracks that we go to," he said.

"We've always had strong race cars there in the past, and I think we'll have another great one with Randy this weekend.

"The guys have obviously had such a crazy week with everything that happened.

"The outpouring of support we got from the NASCAR community, and beyond, was beyond words.

"I don't really know how I can ever thank these folks enough - from all of the drivers and teams who offered to help to Zynga Poker, Enlisted Nine, and Pit Stops for Hope all stepped up to give us a fully sponsored race car for Phoenix.

"I can't wait to get this car on track."