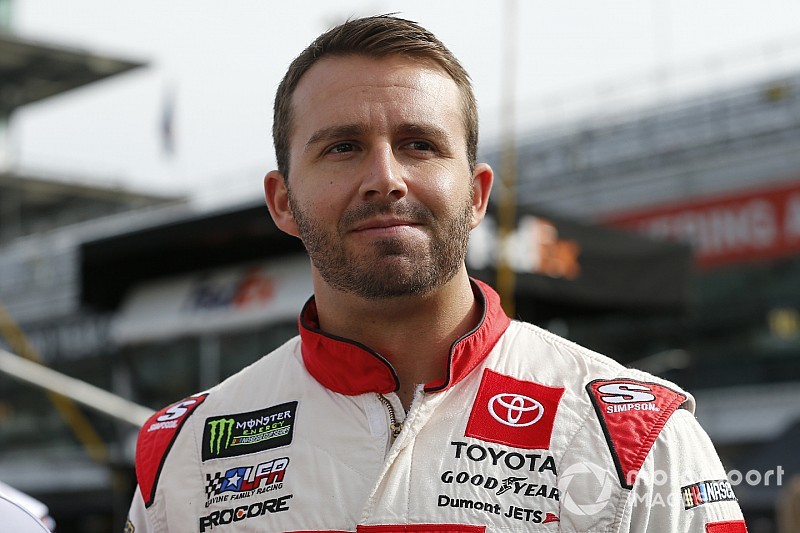 Matt DiBenedetto has insisted all season one of the biggest ways to gain interest from team owners in NASCAR is by earning the respect and notice from fellow competitors.

Once veteran Paul Menard decided this summer he was going to step away from fulltime competition at the end of the year, Wood Brothers Racing asked him for his thoughts on a replacement. His answer: “Call Matt.”

Team president Eddie Wood did just that, which resulted in Tuesday’s announcement that DiBenedetto would take over the driving duties for the iconic No. 21 Ford in 2020.

“It all came together really quick and it’s just amazing how things turn,” DiBenedetto, 28, said. “I definitely wasn’t expecting it, but one thing I’ve always said is a priority of mine is gaining respect of other drivers and veterans like Paul because they can be your best ally and a huge influence on your entire career.

“Paul is not only making a big decision for his life and career, but he’s impacting my entire life, family, and everything I’ve worked for my whole life. ‘Thank you’ for stuff like that can never be enough.”

Once again, DiBenedetto is moving to a team with a one-year contract but if the opportunity he can continue the progress he’s made this season with Leavine Family Racing, he believes he’ll have a long career in the Cup series.

So far this season, DiBenedetto has already set a new career-best finish three times, most recently with his runner-up finish last month at Bristol, Tenn.

“It’s been a dream of mine to drive for one of the legendary teams in NASCAR. This is going to be unbelievable; it’s surreal,” DiBenedetto said. “It’s amazing to have this opportunity, this year driving for LFR to showcase what we can do and elevate me and give me the opportunity to come over here and drive for the Wood Brothers.”

The Wood Brothers plan to continue their alliance with Team Penske, which DiBenedetto said “absolutely” makes this ride the best opportunity of his career thus far.

“It’s taken every single person and every team to get me here. It’s been a step-by-step process. Coming from when I first got in the Cup Series in 2015 at BK Racing and then moving to Go Fas Racing, they’re still friends and like family to me,” he said. “Then elevating to LFR and keep climbing that ladder has taken everyone believing in me.

“Yeah, this is the most incredible opportunity of my whole life, not only from a performance standpoint but just being able to drive for such a legendary team and a family I’ve had so much respect that has always treated me like gold.”

Johnson: Open-wheel in plans, but not done with NASCAR

Chase Elliott: "I know it's in us" to win a Cup championship