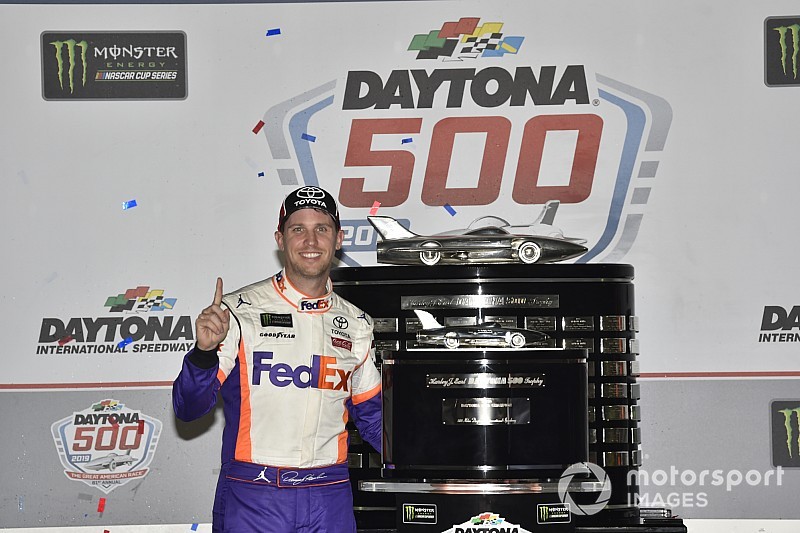 Daytona 500 winner Denny Hamlin spent the day in New York City for the annual NASCAR Media Tour to celebrate his victory in the season-opening race.

Hamlin, who outlasted teammates Kyle Busch and Erik Jones to score his first NASCAR Cup Series win since 2017, became the 12th driver to win multiple Daytona 500’s in the 62-year history of the event.

One of the first stops of the day was to the set of “Live with Kelly and Ryan” where Hamlin talked about the fiery crash that occurred towards the end of the race, the prophetic note he letter he wrote as a kid predicting his win, and dedicating his win to his coach Joe Gibbs’ late son JD Gibbs.