Denny Hamlin finishes fifth in a ‘top-three’ car at Martinsville 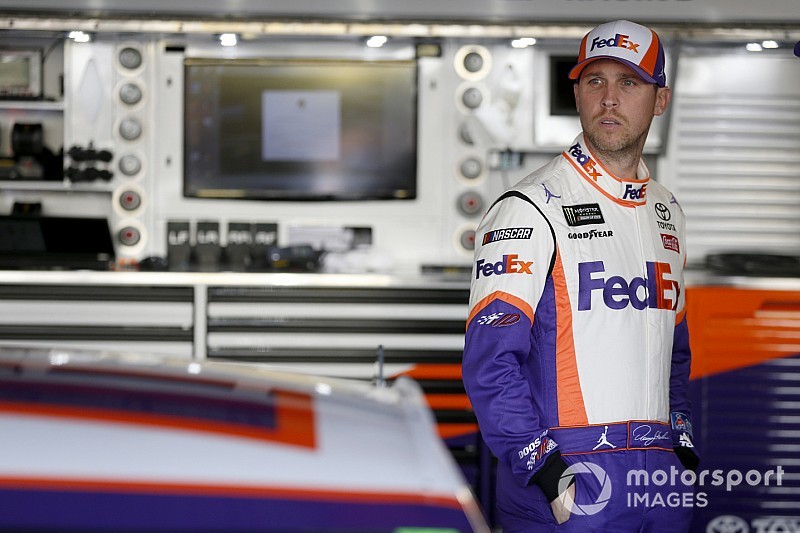 Denny Hamlin came away with another strong run on Sunday at Martinsville (Va.) Speedway but continues to deal with a nagging problem.

Hamlin’ fifth-place finish is his fifth top-10 in six races and he earned his 21st top-10 at Martinsville in 27 career NASCAR Cup Series starts at the track.

If not for a mistake on pit road for an uncontrolled tire late in the race he might have been able to work his way into contention for another Martinsville win.

“We’ve got to get better (with pit stops) and we know that,” Hamlin said after the race. “We’re struggling a little bit right now for sure, but certainly it’s a team thing. Last week I had a speeding penalty so it all equals out.

“If you’re not going to be the best car, you have to execute perfectly. (The miscue on pit road) certainly cost us maybe one or two spots today. Nothing to hang our heads about. Overall a good day.”

Hamlin has five wins at Martinsville and was one of the favorites heading into the weekend. He said the race was a “typical” one at the half-mile paperclip.

“It’s just one of those days where one guy hit it and was just a little bit better than everyone else, and everyone else was chasing,” said Hamlin. “It seemed like we were the next car in line after (Chase Elliott), so probably a third-place car. We just finished fifth because we lost (positions) there on pit road.”

Hamlin was philosophical about his day at one of his favorite tracks.

“We have a lot of races where we always have to battle back from the back of the pack, but certainly another top five and overall steady day,” said Hamlin. “We just needed a little bit more speed and a little bit more handling to run with (Brad Keselowski).

“We had a really good car.”

Kyle Busch: Third is better "than we probably should have had"