Kevin Harvick remains without a win this season but his performance Sunday night at Darlington breathed new life into his NASCAR Cup Series playoff run.

Harvick was one of the last drivers to qualify for the 2021 playoffs and was seeded last among the 16 drivers in the playoff field as the first of the 10 races to decide the series champion got underway at Darlington (S.C.) Raceway.

While numerous championship contenders experienced race-ending issues, Harvick was one of the most consistent performers throughout the 367-lap event.

Although he had to overcome his own problems in the race – including running the final two laps of the race on a flat right-rear tire – Harvick ended up fifth, his first top-five finish since he was fourth in the second Pocono race in June.

“We finished on a flat tire. We had to pit for a loose wheel or a tire coming apart or something and got a lap down, and then got the (free pass) and just a lot going on,” Harvick, 45, said. “That’s pretty typical of this race though.

“Our guys have done a great job. We led a bunch of laps early and had a fast race car and were able to capitalize on a good day.” 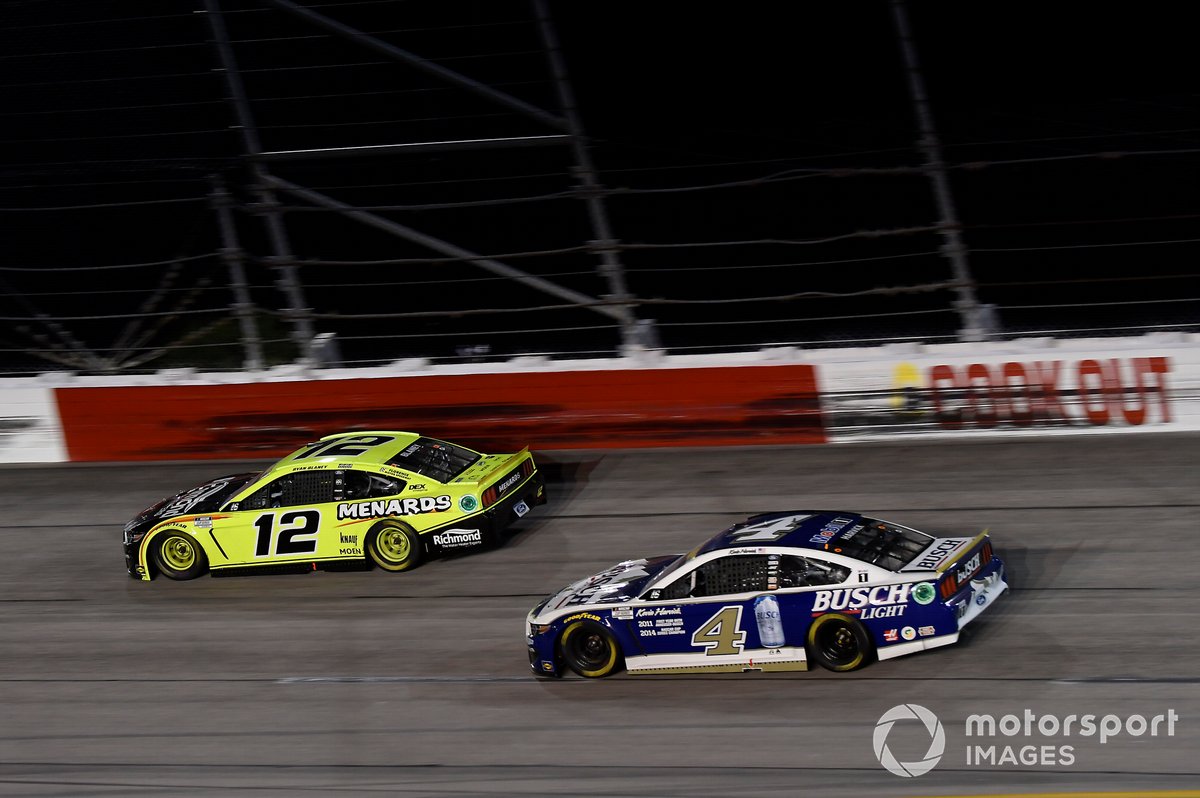 It couldn’t have come at a better time.

Heading into the second race of the first playoff round on Saturday night at Richmond (Va.) Raceway, Harvick is now seventh in the playoff standings and 20 points ahead of the cutoff line.

The four drivers lowest in points without a win will be eliminated from further title contention following the Sept. 18 race at Bristol, Tenn.

“I think it’s a good start. I think just a little bit of balance here and there to get ourselves to compete for the win, but I think as you look at the overall speed it was fairly good,” Harvick said of the No. 4 Stewart-Haas Racing team’s playoff opener.

“We struggled a lot in traffic. We just couldn’t make the moves like we needed to in traffic. We had speed if we had clean air, but it just took us so long to get through traffic. Everybody did a good job battling through everything that happened tonight.”

Keeping out of trouble

Harvick said his race went “relatively clean,” even though he pit under green on Lap 288 of 367 for what he thought was a loose wheel and ended the race on a flat tire.

“It happens every year. If it’s not the first race, it’ll be one of the first three, or four, five in six, or seven, eight and nine. At some point, they all lose their mind.”