Danica Patrick: "We got a bit lucky" with first top-ten since 2015 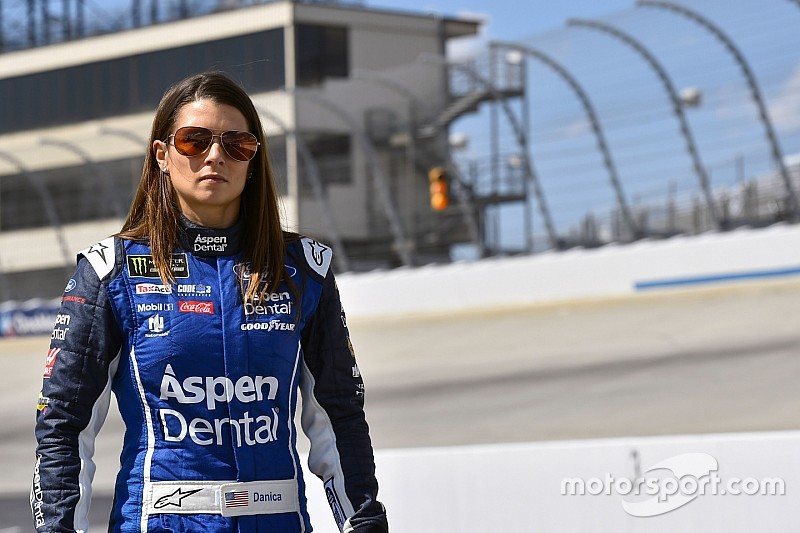 Danica Patrick came back from a spin to celebrate her first top-ten finish in 77 races on Sunday.

For Patrick, 35, the 10th-place finish at Dover International Speedway marked her seventh top-10 finish in 167 starts.

In a season marred by five DNFs in the first 13 races, the result was certainly one of the few highlights of the year.

“A good day for us,” Patrick said. “We got a bit lucky with staying out at the right time and catching the yellow flags. It’s the stuff that hasn’t been happening for us all year and it’s just nice to catch some breaks today. We weren’t the fastest car today, not sure we were a top-10 car.

“A lot of times we have been a 10th-place car and weren’t able to get the finish we needed. I'll take the lucky days anytime I can because there has been plenty of times where it went the other way.”

Patrick qualified 31st for the AAA 400 Drive for Autism on Friday. She showed no signs of speed throughout the three practices over the weekend. By Saturday’s Happy Hour, she was 28th in single lap speeds and 27th in the Best Consecutive 10 Lap category.

Patrick dropped off the lead lap but with repairs and fresh tires, Patrick worked her way up through the field and took the wave around on Lap 193. Although she dropped off the lead lap again, two laps later, the ninth caution waved for Landon Cassill and she earned the lucky dog position. Patrick restarted 18th on Lap 223 and finished the second stage in 21st.

When the race returned to green for the final segment, Patrick rolled off 19th. During the 11th caution, for debris on Lap 265, Patrick pitted for fuel and tires. Larson lapped her again on Lap 310. Patrick had yet to pit when the field started coming in for service — including Larson. She cycled out to eighth — on the lead lap when the caution flew on Lap 330. Patrick restarted in the same spot but was quickly passed by Larson. She dropped to 16th but survived the last two cautions — including a 10-car wrecked triggered by Ty Dillon and Ryan Newman to finish 10th.

With just eight sets of tires for the 400-lap race, tire management came into play for the field over the final stage of the race.

“We put scuffs on two or three times on pit stops,” Patrick said. “It was an issue but we saw that all weekend, a lot of yellows. We survived and caught the right breaks when we did. I’ll take it.”

Patrick, who is 30th in the Monster Energy Cup standings, extended her record to seven top-10 finishes by a female in the series.