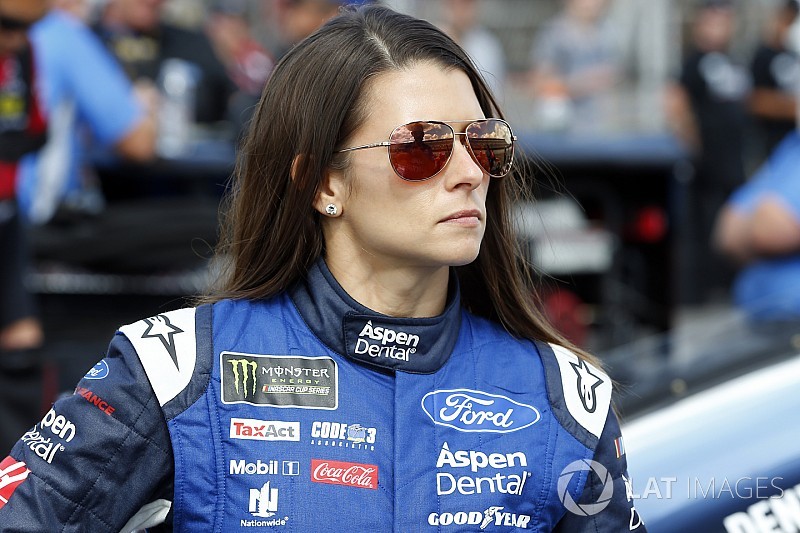 Danica Patrick will not return to Stewart-Haas Racing next season and her future in NASCAR remains unclear.

Patrick announced on her Facebook page on Tuesday that she would not be returning to the organization that has been her home in the Monster Energy NASCAR Cup Series “due to a new sponsorship arrangement in 2018.”

“Sponsorship plays a vital role in our sport, and I have been very fortunate over the course of my career, but this year threw us for a curve,” she wrote. “Our amazing partners, such as Aspen Dental and Code 3, stepped up in a big way on short notice this year and I am incredibly grateful.”

Patrick, 35, began the season with Nature’s Bakery as the primary sponsor on her No. 10 Ford but the company pulled its sponsorship before the season began.

After court battle that ended in a settlement, the company sponsored four more races this season but only one with Patrick. It sponsored three races with SHR teammate Clint Bowyer.

“I wish SHR the best of luck with their new sponsorship and driver. Thanks for the memories,” Patrick wrote. “Right now, my focus is on the remainder of the 2017 season and finishing the year strong.

“I have the utmost faith in myself and those around me, and feel confident about my future.”

In recent interviews, Patrick appeared to have come to terms with the possibility she may not have a full-time ride in the Cup series after this season.

Patrick has also made 61 starts in the Xfinity Series with one top-five and seven top-10 finishes and one pole.

Patrick came to NASCAR from the IndyCar Series, where she became the first woman to win a series race (2008 at Twin Ring Motegi in Japan).

Watch to take a look at her NASCAR career:

Watch more about the announcement: