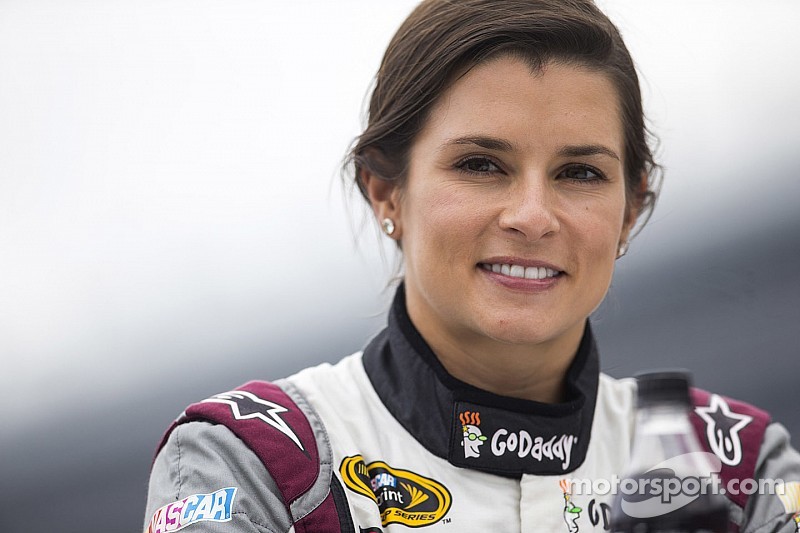 Despite starting 26th, Patrick refused to surrender on Sunday night on her way to a ninth-place finish at Bristol Motor Speedway - her first top 10 at the .533-mile track.

Patrick was knocked off the lead lap early. However, she pushed the No. 10 GoDaddy Chevy into the top 20 by Lap 200. Her progress was impeded when she was hit from behind by Chris Buescher on Lap 278, after her Stewart-Haas Racing teammate Kurt Busch slid coming into Turn 4. She restarted 20th.

With two beneficiaries, Patrick regained her position on the lead lap first, on Lap 381 and again on Lap 511 just prior to the green-white-checkered finish. She restarted 12th and moved up ninth for her second top 10 in 2015 – and to 13th in the Sprint Cup point standings.

“I didn’t think this day was ever going to end,” Patrick said. “I’m proud of everybody for keeping their heads up and staying positive and these are the things that happen when you work together as a team.  Just keep at it.  We had some luck on our side and I really feel like that positivity feeds into getting some luck and being at the right place at the right time.  We just were.  We came out of here with a top 10.

“I was hoping for a top 20 after our weekend.  We were like 30 something in practice.  Lucked out in qualifying and got 26th which like I said lucked out.  It was a struggle of a weekend, but by all means you take these weekends because they tell you what you have a great weekends and you are running well and something happens.  Either you make a mistake, somebody else takes you out, something breaks and steals you of a great finish so you have to take these that come a little easier in some ways.  I promise you it wasn’t easy out there.”

Patrick’s sixth career top 10 finish breaks a tie with Janet Guthrie for most ever by a female driver in NASCAR's top series.